Krishna story: I want to go to the fish market where a man can breathe! 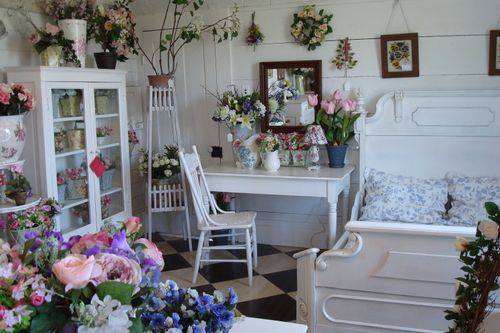 There was a flower seller whose great friend was a fisherman.

One day the flower seller invited the fisherman to come to dinner and to spend the night at his home.

The florist had decorated his home with hundreds of fragrant flowers and especially the room where the fisherman was going to sleep was full of sweet smelling blossoms.

After a good meal, both of them retired to their respective rooms for the night.

The florist was soon snoring happily but the fisherman could not sleep a wink.

The next morning, when the florist asked his friend why he was looking so tired, the fisherman said, “All these flowers- they are just too fragrant. They have blocked up my sinuses. I couldn’t breathe all night. Now I want to go to the fish market where a man can breathe.”

The florist understood and immediately brought the fisherman’s fish basket close to his face and the fisherman breathing a big sigh of relief thanked the florist for reviving him and went back to the fish market.

The florist considered the smell of the fish to be abominable but the fisherman found it to be supremely sweet.

Translation: The living entity, in whatever species of life he appears, finds a particular type of satisfaction in that species, and he is never averse to being situated in such a condition.

Srila Prabhupada states in the purport that, “A man in a higher position may feel dissatisfaction with the standard of life of a lower grade man, but the lower grade man is satisfied in that position because of the spell of maya, the external energy.”

The pure devotees of the Lord are extremely compassionate and they come to us seeing our abominable condition and pick us out of this condition by their awakening voices in the form of practical instructions from the scriptures. Having been blessed with the human form of life and a developed consciousness, if we do not open our ears to them, then we are behaving like a crow that insists on a strict diet of rubbish.

I pray at the lotus feet of Srila Prabhupada and Gurudev that when the pure devotees bring to me the aroma of the saffron dust of Krishna’s lotus feet, in the form of Krishna-katha, let me relish them instead of running for the abominable smell of the fish basket in the form of ku-katha (materialistic talks).