Vrindavan story: Tulasidas and his God – brother visit to Vrindavan! 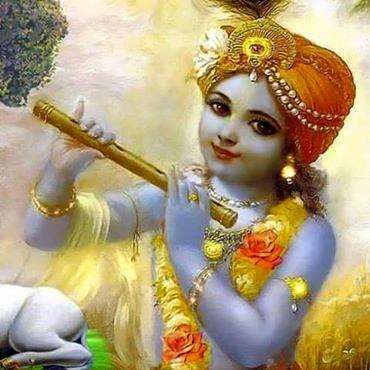 Once a devotee of Lord Rama named Tulasidas came to Vrindaban, but was not happy seeing Lord Krsna in the temple holding a flute.

Wherever he went to Vrindaban, he saw Krsna holding a flute; hence he thought, “Lord, I will pay my obeisance to You only when I see You holding a bow and arrow.”

The Lord wanted to fulfill His devotee’s desire and prove He is the Supreme Lord, so He instantly transformed Himself into His Rama form holding a bow and arrow.

After seeing Lord Krsna in Lord Rama form, he paid his homage and returned to his place in Ayodhya.

Tulasidas found that his God – brother also wanted to visit Vrindaban, but forbade him saying, “You can go anywhere except Vrindaban.”

But the mind always wants to investigate unknown knowledge first, even if it is forbidden, which is why while on pilgrimage, Tulasidas’s god-brother went to Vrindaban first.

There he saw Lord Govinda holding His flute and said, “All holy places are here in Vrindaban. I will not go anywhere else.

I will stay here and serve Lord Govinda only.” Tulasidas found out his god-brother had become immersed in serving Lord Govinda, so he wrote him a letter asking, kya kami raghunatha main chodadini hai bhan, “What is lacking in Lord Rama that you have given up serving Him?”

Krishna always manifest according mood and desires of devotee.