Vrindavan story: The power and glory of Govardhana Hill! 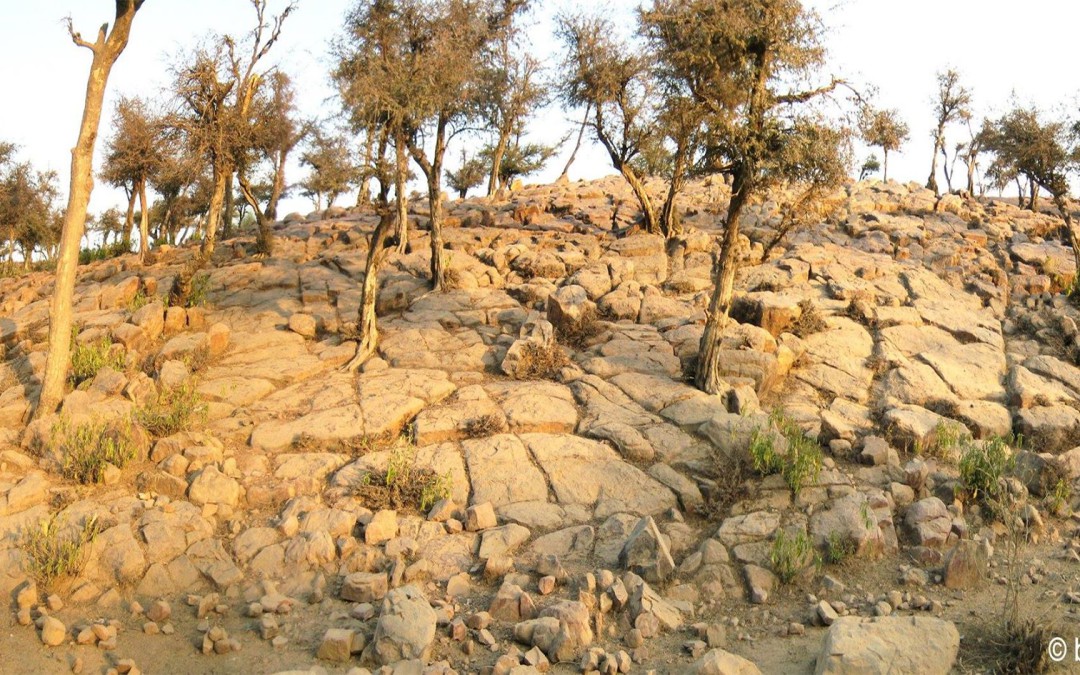 In Puranas we find story of man rakshasa attacking brahmana at Govardan hill who in deference has killed this rakshasa men with stone from Govardhan hill.

As a result of touching Govardhan hill this soul get liberated.

After this conversation happen between them:

The brahmana said : Who were you in your previous birth ?
What sin did you commit. O fortunate one, you have spiritual eyes to see all this directly.

The liberated soul said : In my previous birth I was a wealthy vaisya’s son.

From childhood I was a compulsive gambler. I became a great rake. I became a drunkard addicted to chasing prostitutes. O brahmana, my father, mother and wife rebuked me again and again.

Then one day with poison I killed my parents and with a sword I killed my wife on a pathway. Then I took all their money and went with my prostitute beloved to the south, where I became a merciless thief.

One day I threw the prostitute into a blind well and left her there to die. Indeed, with ropes I killed many hundreds of people as I robbed them.

O brahmana, I was so greedy after money that as a highwayman I murdered many hundreds of brahmanas and many thousands of ksatriyas, vaisyas and sudras.

One day, as I was hunting deer in the forest, I stepped on a snake.

The snake bit me and I died.

Fearsome Yamadutas beat me with terrible clubs, tied me up and dragged me, a great sinner, to hell.

I fell into the terrible hell named Kumbhipaka and I stayed there for a manvantara.

For a kalpa I was forced to embrace the red-hot iron statue of a woman. I, a great sinner, suffered greatly.

By the desire of Yamaraja I was thrown into eight million four-hundred thousand different hells.

Then my karma took me to Bharata-varsa.

For a hundred births I was a camel.

For another hundred births I was a buffalo.

For a thousand births I was a snake.

O brahmana, after ten thousand years of these births I was born in a desert as a grotesque and wicked monster.

One day I assumed the form of a sudra and I went to Vraja.

I came near to Vnindavana and the sacred Yamuna.

With sticks in their hands, some of s handsome friends beat me severely and I fled from the land of Vraja.

Hungry for many days, I came here to eat you. Then you hit me with a stone from Govardhana Hill. Then, by Lord Krishna’s kindness, I became very fortunate.

As the liberated soul was speaking these words, a chariot, splendid as a thousand suns and drawn by ten thousand horses, came from Goloka.

The chariot rumbled with a thousand wheels.

It was decorated with a hundred thousand associates of the Lord. It had a great network of bells and tinkling ornaments. It was extremely beautiful.

As the brahmana looked one, the chariot approached.

The brahmana and the liberated soul bowed down before the chariot.

Climbing the chariot and at that moment losing all interest in his heart to stay in the material world, the liberated soul went to Krishna’s beautiful abode, graceful with many pastime gardens, the highest of all spiritual realms.

In the Gautamiya Tantra, Narada asks:

“What are the 32 forest of Vrindavana? I wish to hear of them. O Lord, if you think I am worthy to hear, please tell me of them.”
To this question Lord Krishna gave the following reply:
“This place named Vrindavana is My transcendental abode. When they die, the humans, cows, animals, birds, insects, and worms who live here will go to My eternal abode.
“The gopis who live here eternally devoted to My service.”
“The forty miles of Vrindavana forest is My own transcendental form. The Yamuna river there flows with nectar. It is the same as the river named Susumna.
“Here the saints and demigods reside in subtle forms. I, who am the personification of all the demigods, never leave this forest.”
“Millennium after millennium, I appear and disappear. This beautiful and splendid abode cannot be seen with material eyes.”