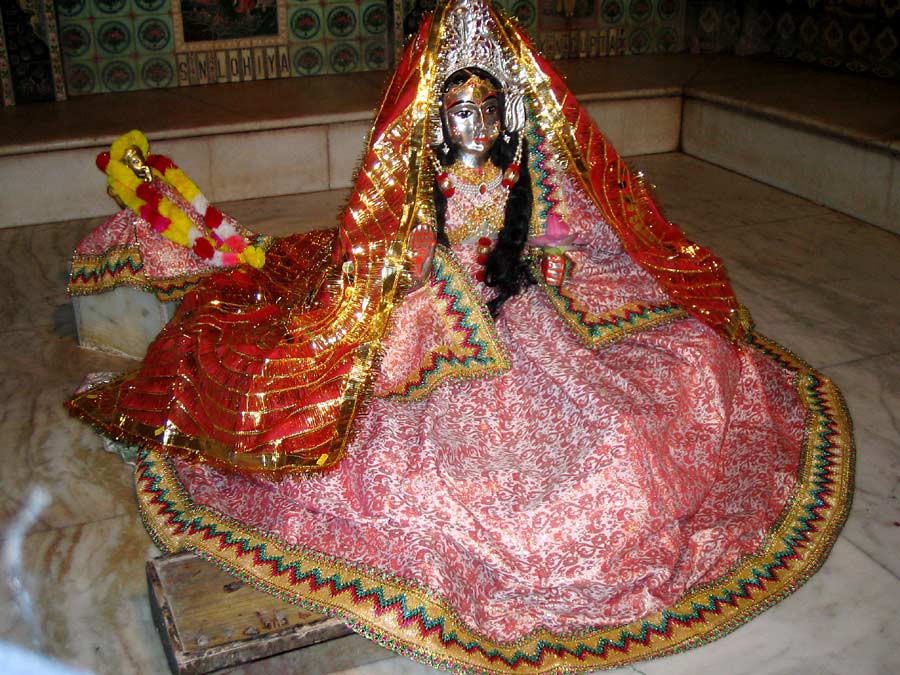 Once while in deep meditation on Mount Kailash, Lord Siva heard the sweet vibration of Krsna playing His divine flute. Mesmerized, He entered samadhi.

He followed that transcendental sound until He came to Vrindavan, where Lord Gopinath was getting ready to start the Maha Raas – Lila with His gopis.

Desiring intensely to join the maha-rasa, when He came to the entrance of the rasa-sthali, He was stopped by Yogamaya, who told him, “No males except Krsna are allowed entry. First you must have gopi-rupa, the form of a Vraja milkmaid, a gopi, only then can you enter.”

Lord Bholanath asked “How can I get gopi-rupa?” Yogamaya replied, “Seek the shelter of Vrinda Devi. She will grant you the form of a gopi.”

Vrinda devi asked Lord Siva to take a dip in the waters of Manasarovara in Vrindavana. After bathing there, Lord Siva emerged from the lake with the form of a beautiful gopi.

Vrinda devi then took Lord Siva in her gopi form to one corner of the rasa sthali. Lord Siva stood there and prayed to Sri Sri Radha Krsna for getting prema-bhakti.

Then the rasa started. Lord Krsna danced with all the gopis. He also danced very elegantly with Lord Siva disguised as a gopi.

Then after some time, when they rested, the Lord said ‘I’m not getting the usual pleasure from our rasa. Something is not right. I think there is another man in our midst.” Then He asked Lalita devi to check all the gopis and make sure no man was lurking amongst them dressed as one of them.

Lalita devi went around and lifted the veils of all the hundreds of gopis but couldn’t find any man disguised as a woman. She came and reported to Krishna, “I have not found any man, but there is one gopi with three eyes.” she said puzzled.

Lord Krsna asked her to bring her to Him. When the Lord saw the Siva gopi, He laughed heartily and addressed him, “O Gopisvara, I am very pleased to see you in the form of a gopi. But you know that this rasa is not for grhastas (householders). Therefore, since you have already participated and fulfilled your desire, now I offer you the post of rasa dwara pala (gatekeeper of the rasa). I also give you the blessing that henceforth, all the gopis will offer respect to you and seek your blessing to get gopi bhava.”
( This pastime is described in the Garga Samhita )

Gopisvara means Lord Siva as the controller (isvara) of the gopis. Krishna told him to guard the entrance of the rasa dance and that no one would be allowed to enter the rasa-mandala (place of the rasa dance) without his permission.

“The gopis worshiped Lord Siva in Vrindavan, and the lord is still staying there as Gopisvara. The gopis, however, prayed that Lord Siva bless them by giving them Lord Krsna as their husband. There is no harm in worshipping demigods, provided one’s aim is to return home, back to Godhead.” (Srimad Bhagavatam 4.30.38 purport)

“A Vaishnava’s visit to the temple of Lord Siva is different from a non devotee’s visit. A Vaishnava sees Lord Siva as being simultaneously one with and different from the Supreme Lord, like yogurt and milk. The Absolute Truth, God, is everything, but this does not mean that everything is God. It is said, vaishnavanam yatha shambhu, or that “Lord Siva is the highest Vaishnava.”
vrindavanvani pate jaya soma soma

“O Shiva, O gatekeeper of Vrindavan! O you who are accompanied by Uma! O you who carry the moon in your hair! O lord worshiped by Sananda-kumar, Sanat-Kumar and Narada Muni! O Gopishwara, the worshipable deity of the gopis! Desiring that you bestow upon me love for the divine couple, Sri Sri Radha Madhava, who perform joyous pastimes in Vraja, I offer my obeisances unto you again and again.” 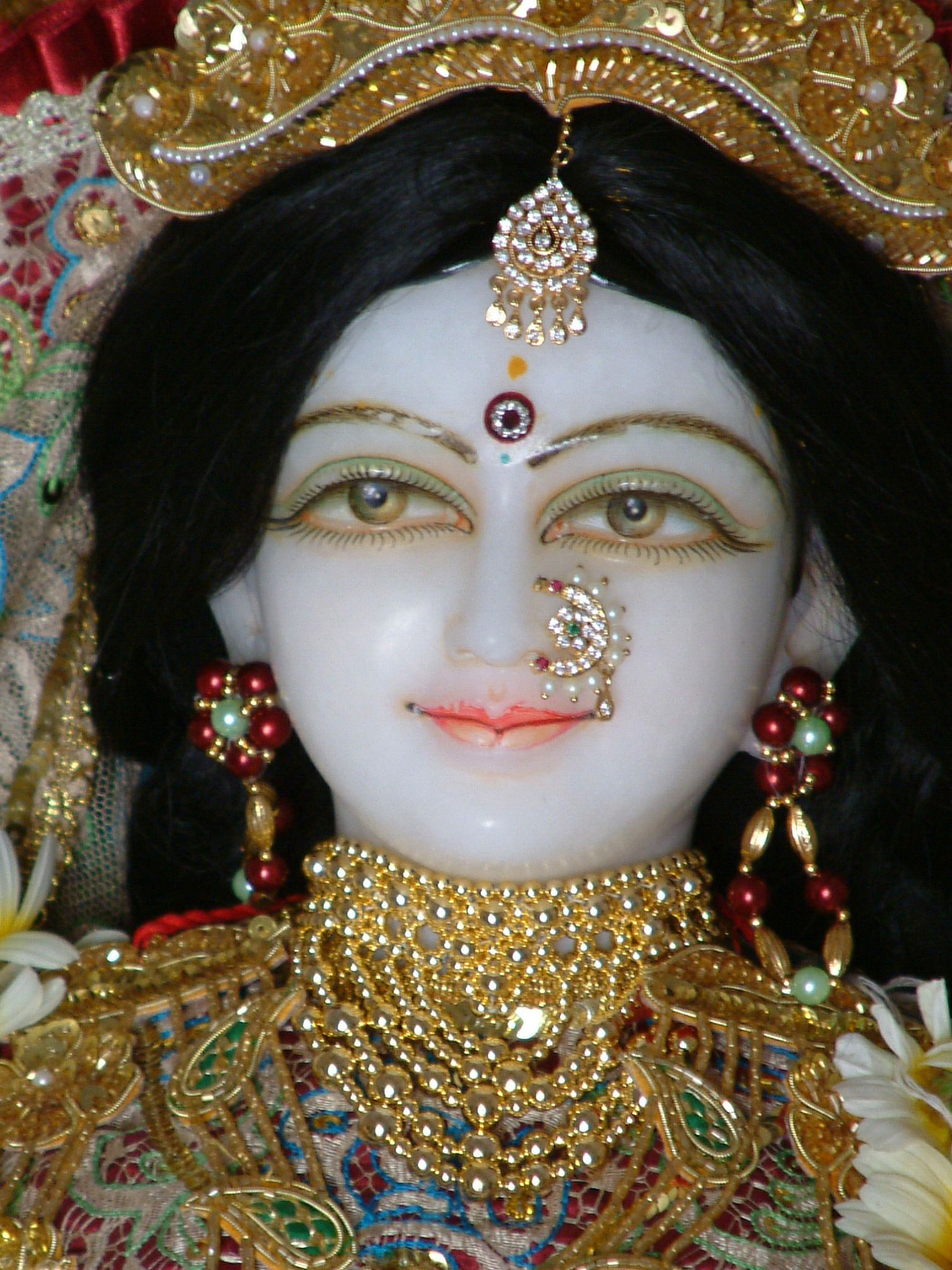