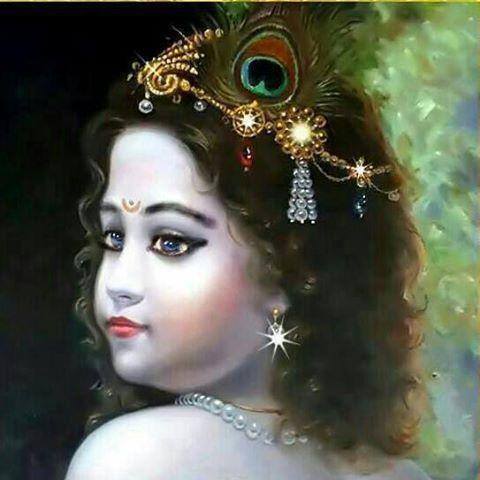 When Krishna was a little child, a Brahmin came to His home and told Mother Yashoda I want to see your Kanha.

I will bless Him.

Mother Yashoda was happy and asked Krishna to come out with her so He can get blessings of the saint.

Mother Yashoda was shocked and tried to force Him.

But Krishna was adamant, He said I know that Brahmin very well. He wants to see me but He does not have Shraddha for me. He has many deficiencies in his character that he must address first.

Finally Mother Yashoda got impatient and carried little Kanha out so He can get blessings from the saint.

What did Kanha do?

He hid His face in His mother’s sari, and gave His back to the saint. He still did not give him Darshan.

Brahmni nah to go without darshan waiting for time when will be qualify.

This incident shows us that we cannot get Darshan of the Lord simply by being obstinate.

If we really want His Darshan, we should work at making ourselves worthy of it and once we do that then the Lord does not need to be “forced”. In fact, it is He who becomes eager to see such worthy devotees.

As saint has said work in such way that Lord want to see you!.