Tukaram covered his ears not to listen! 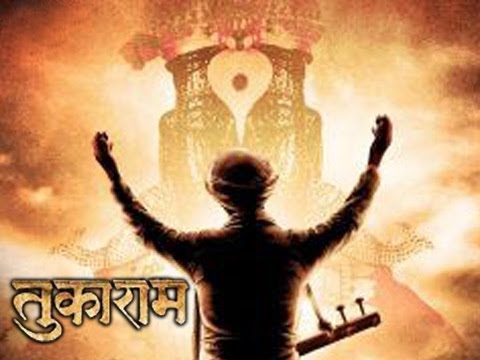 Now Tukoba had come to a firm conclusion that the only way to liberation was ShriHari namasmarana (नामस्मरण, continuously chanting the holy name of ShriHari). His fame had spread far and wide, however, he was neither bothered nor aware of it.

A brahmin from a distant place came to meet Tukoba.

Although, he had studied scriptures in details, he had not got Self Realization and therefore, he was not contented.

He had brought a treatise namely, Vivek Sindhu (विवेकसिंधु ) written by मुकुंदराज (around 1128 – 1200 CE, who was the follower of Adi Shankaracharya’s Advaita philosophy and is considered to be the first poet in Marathi literature).

He said to Tukoba, “Maharaj, I have read this treatise over and over again, but still I have not got Self Realization.

Could you please explain the meaning of this treatise to me?” Tukoba said, “Hey, I am not a great scholar myself. Other than Haribhakti, I know nothing. What should I do for you?”

The brahmin said, “I will read the treatise in front of you, please explain its meaning to me.” Tukoba agreed, lay near him and pulled a rug over his head and entire body.

The brahmin started to read, he went on reading page after page, but there was no response from Tukoba.

The brahmin wondered and just pulled out the rug from Tukoba’s body.

He was shocked to see Tukoba immersed in Namasmarana, with his fingers in his ears! Highly disappointed, the brahmin said, “Maharaj, I came to you to know a suitable way to liberation.

However, you have closed your ears, while I read the treatise. What does it mean?”

Tukoba sat, smiled and said, “Bhudev (भूदेव , brahmins were addressed so, in earlier days), God is everywhere and without achieving Him there is no liberation.

One should not presume that a specific path alone would take him/her to God, which is akin to Dwaita Bhav (व्दैतभाव)(sense or feeling of व्दैत). You have faith, therefore you can attain God.

You must have faith in whatever spiritual practice you adopt for yourself. I have faith in Namasmarana. This is the only path I know. You came to me all along from a distant place, but I am not sure whether my answer would satisfy you. What more may I do?”

After listening to Tukoba’s clear and honest words, the brahmin was extremely pleased. It was a kind of Guroopadesha (गुरूपदेश) for him.

He placed his head in Tukoba’s holy feet with great faith and devotion and returned to his native place after profusely thanking Tukoba. Before approaching Tukoba, he was filled with various doubts, but while returning he was filled with Bhakti. He had received the true path to liberation from Tukoba.