Story: The King who cut his finger – Everything is mercy of Krishna!!! 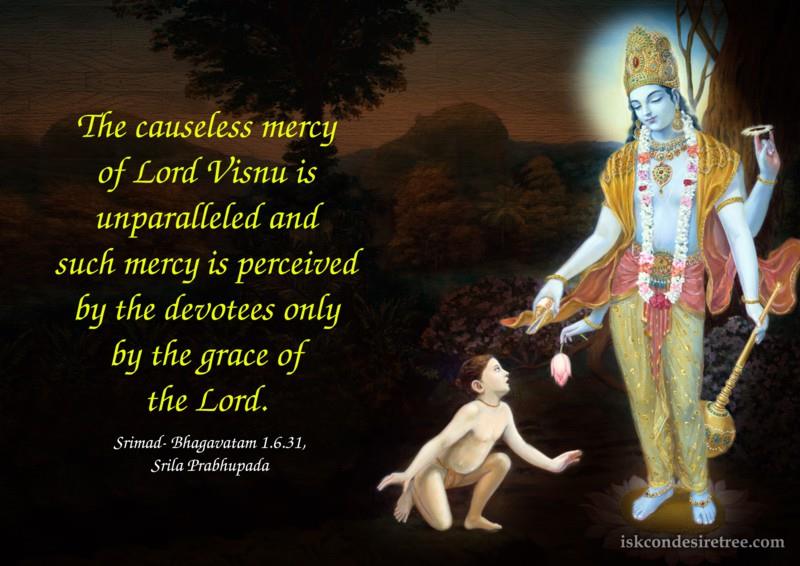 Once upon a time there lived a king. The king was very kind and ruled his people very well. One day he was cutting an apple with the knife and accidentally cut his finger. The king cried aloud and the his minister who was devotee of Krishna came running and saw that the king has cut his finger.

The minister tying a cloth to the king’s finger said, “Dear king, don’t worry, whatever happen its is mercy of Krishna. So be happy and thank your luck and thank Krishna”

The king got very angry and said, “What nonsense you are talking. The blood is coming out. I am crying in pain. You say this is mercy od Krishna. You are a big fool. I will throw you in jail”. Shouting thus, the king got his minister thrown in jail. The minister smiled and said aloud, “Whatever happened is mercy of Krishna! Thank you Krishna!”

But one fine morning the fat king went alone for hunting in the forest. There were no guards no ministers with him. He soon lost his way in the forest and landed in an enemy’s tribal kingdom.

Suddenly the tribal king and his soldiers rounded up the king and tied him to a tree. The tribal soldiers then drank and danced around the king and shouted, “Let this king be sacrificed to our Kali”. Shouting thus, they all prepared the king for the big sacrifice to Kali devi.

The king was sad as there was no minister with him to advise how to escape. He was weeping with tears running down his eyes.

The tribal king and the priest came to inspect the king and saw that the king had a bandage on his finger.

The priest then said to the tribal king, “Sir, this king has already cut his finger and the blood has already come out of him. But for our Kali we need fresh blood and a whole body without any cuts. Therefore, this king is unfit to be sacrificed and let him go back to his people.” The tribal king agreed and set the king free.

The king got back to his kingdom and related the story to his minister who was in jail. The minister then smiled and said, “See I told you that whatever happens is mercy of Krishna and is for our own good !

On that day you cut your finger it saved your life ! And when you put me in jail it also saved my life !” The minister said smiling.

The king was surprised and asked, “How’s that !”

The minister replied, “See, wherever you go I have to be with you. But on that day I was in jail. So I did not come with you. If I had come with you, the tribal king would have sacrificed me because my body was whole and no cuts on me. This way I too was saved !

You cutting your finger and me going to jail both happened to our own good! That is what I believed. And this is the moral philosophy that everyone should believe… “whatever happens happens to our own good and it is mercy of Krishna !”

If we strongly believe in this moral philosophy we will really stop worrying and make our lives more happier and happier… for ever and ever ! Puting our lifes in hands of Krishna is most secure way to live our life.