Story: Men in a dark well of this world!!! 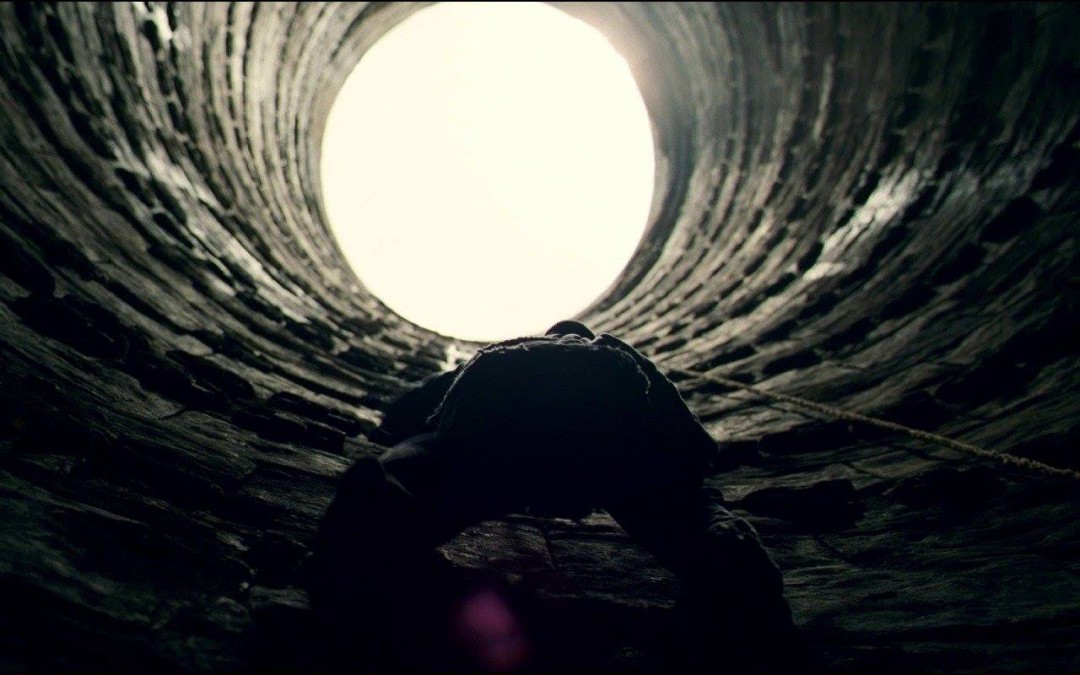 Once upon a time a man was in the forest.

He heard the sound of a tiger. So he started running.

While running he fell into a blind well in the forest covered with bushes and creepers.

While falling down into the well he got stuck in the root of a tree that was growing on the wall of the well.

He was thinking at least, “The tiger cannot come down here to get me.”

Then he saw that the bottom of the well was dry and there were many snakes living there. They raised there hoods, hissing, and they were ready to bite him.

Now he was really in predicament, hanging from two branches, halfway down a well.

At the bottom, there are so many poisonous snakes waiting to bite him, and at the top there was a ferocious tiger just waiting to eat him.

At that time he was suffering in great anxiety.

Then he saw two rats. One side of the root he was holding was a black rat eating away the root and the other side was a white rat doing the same.

Now it was only a question of time. Either he had to climb out and and be eaten away by the tiger, or he would have to go down and be bitten by the snakes. He could not stay there.

Sooner or later the rats will finish the whole thing and he will not even have the root to hang on. In this condition, he didn’t know what to do.

But still he was enjoying nicely thinking – “At least I am saved for few hours.”

At that time, when he was in this very precarious situation, he noticed a honeycomb on the branch of the tree.

Because the tree was shaking, some honey was dropping, and it just happened to be dropping very close to his face.

Taking this golden opportunity, he stuck out his tongue and a drop of honey came on the tip of his tongue.

He took that honey into his mouth and begin to relish the flavor, thinking, “How sweet! How sweet!” And thus he felt some happiness

Even in that miserable situation he was saying “Oh misery is very nice. This honey is good”.

In the mean time his friend came and saw that this man has gone down and so he brought a piece of rope and dropped it in and shouted – “Hold on to the rope and come out.”

But this person said – “No. No. I don’t want the rope. I want honey. You please push the branch of the tree, so that I can get more honey from the bee-hive.”

In this story there is a deep philosophical understanding .

This is the example of conditioned souls in this world, they are in a very dangerous situation.

We are all seized by eternal Time in this well. Attracted by material enjoyments, we want to continue enjoying and remain inside the well, even though there are so many problems.

But Time seizes us. Time and tide waits for no man.

Even after hearing the importance of bhakti to Supreme Lord, we falsely think – “Let me enjoy now and later take to bhakti tomorrow.”

We are give rope of mercy and knowledge from our best friend Guru, but we refuse to take it and decide to stay in this material world.

But who knows what tomorrow has in store for us.

“Tomorrow’s business should be done today and the afternoon’s business in the forenoon. For whether a person had done it or not death will not wait.”

“My dear Lord, all living entities within this material world are mad after planning for things, and they are always busy with a desire to do this or that. This is due to uncontrollable greed. The greed for material enjoyment is always existing in the living entity, but Your Lordship is always alert, and in due course of time You strike him, just as a snake seizes a mouse and very easily swallows him.”

There is a prayer by Bilvamangala Thakur:

“Due to my unlimited sins I have fallen into dark well of material world, blinded by illusion and burning out of material hankerings. I raise my hands unto You. Please save me my dear Lord Vishnu, who is also known as Govinda, Damodara and Madhava”

The moment we have a desire to get out of the well, and raise our hands and call out the Lord’s names “Govinda, Damodara, Madhava”, He mercifully extends His loving hands -“karaavalambam” and takes us back home, back to Godhead.

Pingala has completely understood, that Krishna alone is the Adhishvarah, the original Supreme Controller, who can save living entities like us who are fallen into blind well. Other than Him, no-one else will be able to get us out of the blind well.

“The intelligence of the living entity is stolen away by activities of sense gratification, and thus he falls into the dark well of material existence. Within that well he is then seized by the deadly serpent of time. Who else but the Supreme Personality of Godhead could save the poor living entity from such a hopeless condition?”

PS: I humbly request all the devotees to please forward and share this moral / instructive stories they hear so that everyone can be benefitted by hearing about Krishna and his dear devotees