Story: I have wasted my life! 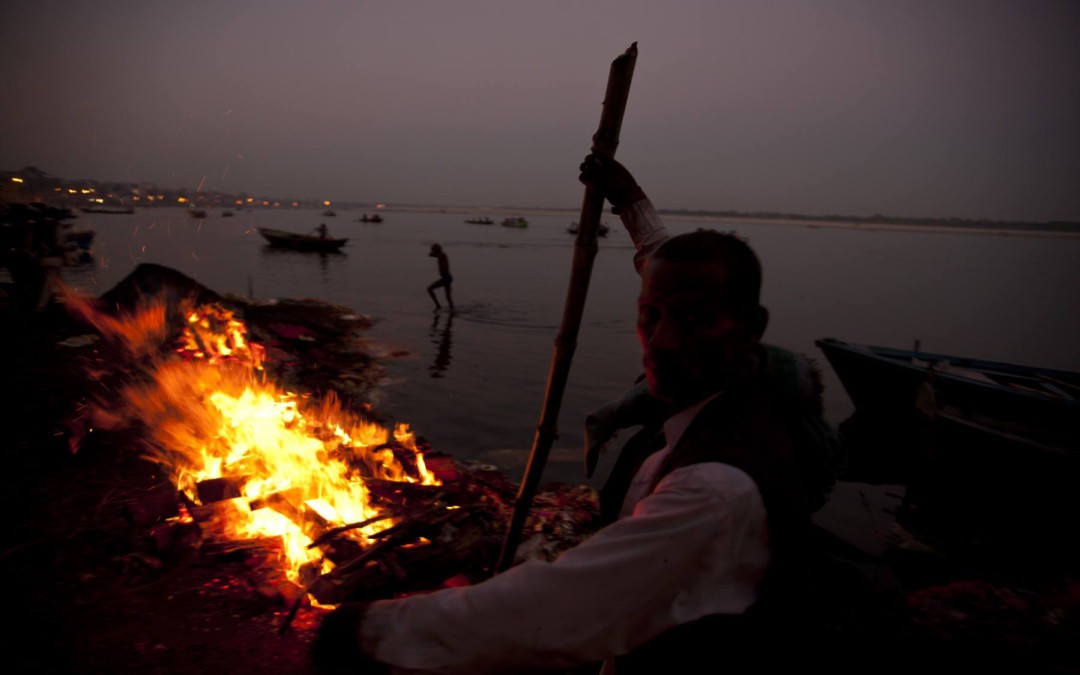 sons. These two sons felt that their father has spent his whole life in

enough money. The sons told the Sadhu ” Do not bring the father back until

his heart is converted. Let him pass his time in Pilgrimage and let him

leave the body there “. So he was taken to various holy places by the Sadhu.

not changing. He remained as hard hearted as he was and always talking about

business and money – where ever he went.

Finally, the Sadhu was about to give up. He informed his sons “Your father

is hardcore businessman he is too difficult to change”. The sons said No!

So as a last resort, He took him to the holy city of Varanasi.

They were passing thru’ one of the burning ghats (a crematorium).

burning on the logs of wood he started crying. Tears filled up his eyes and

started pouring down his cheeks. The Sadhu was happy to see the old man’s

detachment at the last. He turned to the old man and placed his hand on his

The businessman said “I really feel bad. I feel terrible, I have wasted my life.

The Sadhu further enquired “Really ?” why do you feel terrible? Tell me.

The businessman replied “I was a cloth merchant throughout my life. If I knew

that there is so much demand for wood, I would have done business in wood.

How I wasted my whole life. I’m feeling bad about it now”. Sadhu then gave

up on this man.

Moral : From this we understand that simply by passage of time desires will

not evaporate automatically. One must make sincere efforts. If we don’t make