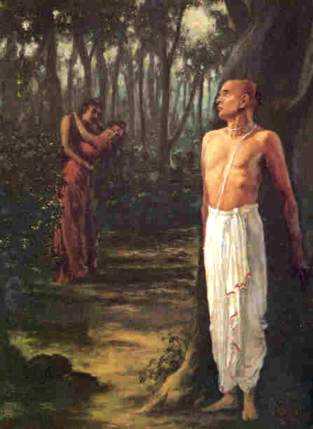 Pariksit asked, “Ajamil was a learned Brahmana; how did it occur that he established a relationship with a prostitute?”

In answer Sri Sukadeva Goswami narrated Ajamil’s previous life. Ajamil was a pious mendicant living in the foothills of the Himalayas.

One day, while performing his duties, he drank ice-cold water from a mountain stream from which he became extremely cold and fell unconscious.

At that moment a Brahmana walking with his sixteen-year-old daughter arrived there for some water, as well as a doctor.

The doctor checked the pulse of the unconscious mendicant and said, “If this mendicant is warmed by the bodily heat from a young woman he will regain consciousness.”

The concerned Brahmana was very gentle and innocent and trusted the doctor.
Hence, he brought the unconscious mendicant to his house and instructed his daughter to cuddle with the man.

Thus, by the bodily heat from the girl, the mendicant regained consciousness, where he found the girl lying with him, which greatly anger him.

He then cursed the girl to take birth as a prostitute.

The girl was also very religious and possessed spiritual potency and thus cursed the mendicant saying, Because of pride you cursed an innocent person; therefore you will be born in a Vedic Brahmana family and you will keep my association.”

Pride is greatest enemy of the soul. Even greatly spiritual advance people easily fall down from there path when pride enter there consciousnesses.

As Krishna says in Bhagavad-gītā As It Is 16.4:

In this verse, the royal road to hell is described. The demoniac want to make a show of religion and advancement in spiritual science, although they do not follow the principles.

They are always arrogant or proud in possessing some type of education or so much wealth.

They desire to be worshiped by others, and demand respectability, although they do not command respect. Over trifles they become very angry and speak harshly, not gently.

They do everything whimsically, according to their own desire, and they do not recognize any authority. 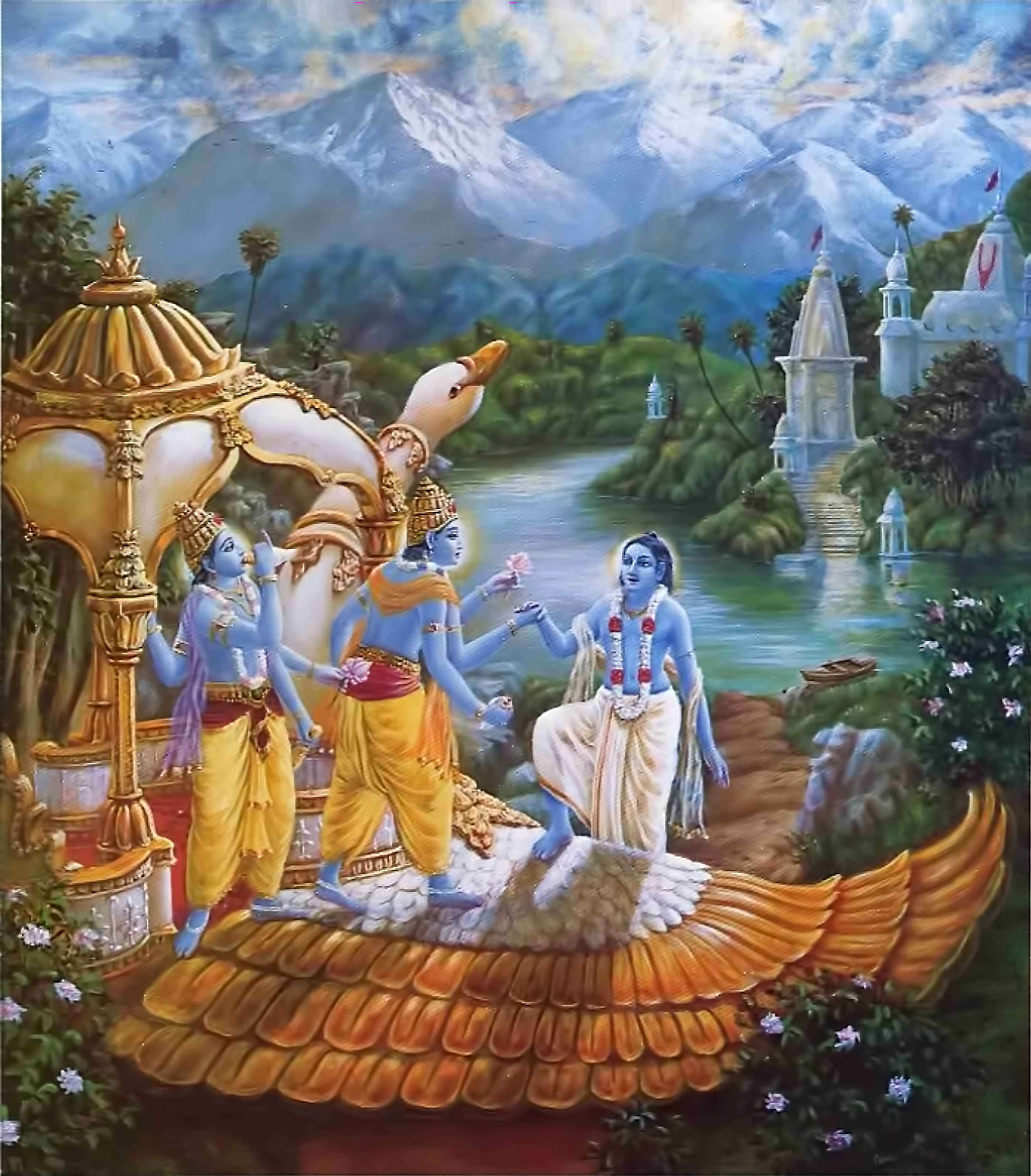