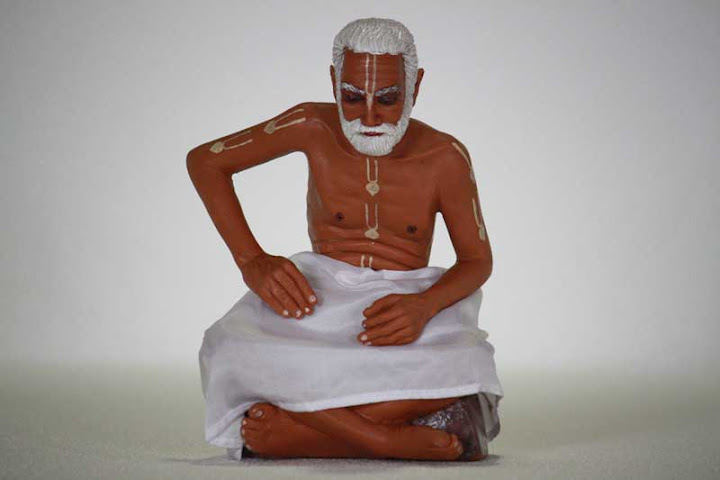 Once a wealthy land-lord, scholar and brahmana and “reputed to be” a great devotee of Lord came with his friend to see Babaji Maharaj.

He appeared to be so much immersed in devotional esctacy that his friend had to support him as he walked.

When Babaji Maharaj inquired who had come – the friend started glorifying the land-lord saying that although the land-lord had lost huge amount of money few weeks ago, he was so eager to have darshan of Babaji Maharaj and discuss about Caitanya-caritamrta for he understood the importance of devotional service and had hence visited dham.

Pure souls like Babaji Maharaj, are close to Krishna and hence they possess the qualitiy of omniscient nature of Lord in large amounts.

Babaji Maharaj knew that their devotion was fake.

He advised the firend not to associate with impostors like land-lord and to take shelter of pure devotee of the Lord and engage in congregational chanting.

He later explained to his disciples that one should perform devotional service in such a way that his deep attachment to Lord heart increases within his heart..

Even if one displays hundreds of exhibitions of external attachment, he will not be blessed by the Lord if he does not develop a genuine internal loving attachment to him.

Penance performed out of pride and for the sake of gaining respect, honor and worship is said to be in the mode of passion. It is neither stable nor permanent.

Devotional service should be performed purely for pleasure of Lord. While we are engaged in serving the Lord, we should not be conscious of what others would say or comment when they look at us engaged in Lord’s service. When we perform in that mood – we will loose our natural spontaneous behaviour and  would be craving for fame and name of the people around us. Krishna being omniscient understands and internal motives and would reciprocatesaccordingly.