Nilgiri Hill – the door to Heaven 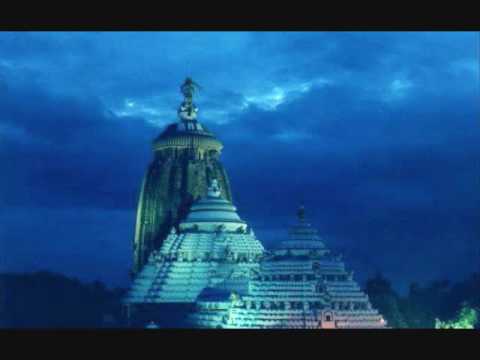 The importance of making pilgrimages to holy places is known to all.

However, the divine favor a person is sure to get by visiting the Nilgiri Hill is doubtlessly rarest, since it gives liberation from the worldly bondage and sometimes with the grace of Lord Purusottama, it even qualifies a person to go to heaven alive.

King Ratnagriva, whose pious life earned him the merit to see this otherwise invisible Hill called The Blue Mountain or Nilgiri, was one of those extremely fortunate people who went to heaven without having to shed the mortal coil.

Fascinated by the stories about the Nilgiri Hill, king Ratnagriva decided to go there with his queen and minister and a Brahmin who guided his way.

However they could not see the hill as it remains invisible until one has attained a certain spiritual level and pleased Lord Purusottama.

The king was certainly a virtuous soul and had been living a strictly spiritual life.

So, he decided to please the Lord by singing His glory and his determination bore fruit.

He finally won The Lord’s favor to see the holy hill.

An overwhelmed king Ratnagriva, along with the four other people – the Brahmin, the queen, the minister and a saint called Karamba-began ascending the hill during an auspicious moment called Vijay.

Nestled in the hill-top was a most beautiful temple, the walls of which were plated with gold.

Lord Brahma was believed to have been coming there every day to worship Lord Purusottama and offer him food deserving to please Him.

All the five of them entered the temple.

They saw there a golden throne studded with precious stones, on which stood the idol of Lord Purusottama in his four handed form.

At His side were courtiers such as Chanda, Prachanda and Vijay ready at His service.

All bowed to the Lord and later they bathed the idol while chanting vedic mantras and did other rituals of worship.

They also put sandal wood paste on His body and robed him with beautiful dress.

Then they offered him food. And at the end, all of them started singing the glory of Him, together.

The Lord, pleased with their sincerity and devotion, said “O king! Let me make it known to you all that I am the Supreme Soul, beyond the material world and nature. Eat the Prasad soon and you will get the four- hand form and achieve the ultimate end of life.”

The king and the others ate the holy Prasad and a few minutes later a divine chariot decorated with hundreds of small bells appeared there.

They made their obeisance to the Lord and got on to the chariot.

Each of them had four hands which bore signs of Sankha, Chakra, Gada and Padma.

Within a few moments the chariot sored up in to the sky and vanished into the blue and the five of these holy people went to heaven alive!!