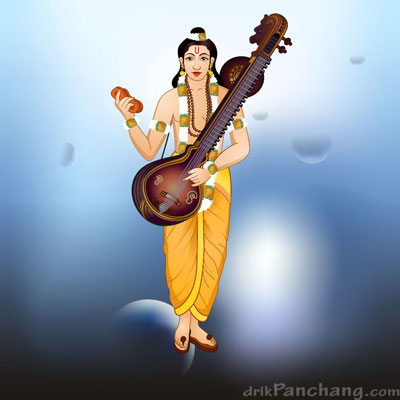 Sage Narad once approached Lord Vishnu, extremely confident that he would answer a question in his favour.

Narad Muni asked, “Oh Lord! I must ask, in all the three worlds, who is your favourite devotee?”

Lord Vishnu decided to answer him but only after he completed a particular task. Narad Muni willingly agreed.

Lord Vishnu placed a container of oil filled to the brim on top of Narad Muni’s head. He then instructed him to walk around a mountain without spilling a drop.

Narad Muni was confident that he would complete the task successfully and proceeded to walk around the mountain.

Upon completion, Narad Muni boasted of his success; however, Lord Vishnu then asked Narad, “Oh Narad Muni, I am proud that you have completed the task, but I have one question for you.”

Lord Vishnu asked, “Did you think of me at any point in time while you were carrying the container?”

Narad Muni’s jaw dropped as he hung his head in shame.

Lord Vishnu explained that the true devotee and the one dearest to Him is that one who is ever conscious of His glory and existence in their life, guiding, helping and protecting them as they perform their duties and as they work out their karmas.

The answer is easy. Simply think of the Lord as we live our fast-paced lives.

The tasks that we have at hand become easier; our jobs become less stressful; our lives become holy and blessed while the growing positivity radiates outwards, inspiring others and changing our environment and society.

We must incorporate the sensitivity of a poet in our dealings and relationships with other human beings and the natural world, the intellect of a scientist when reading and understanding our highly symbolic and philosophical scriptures and lastly, the love of a devotee when thinking of the Almighty. O