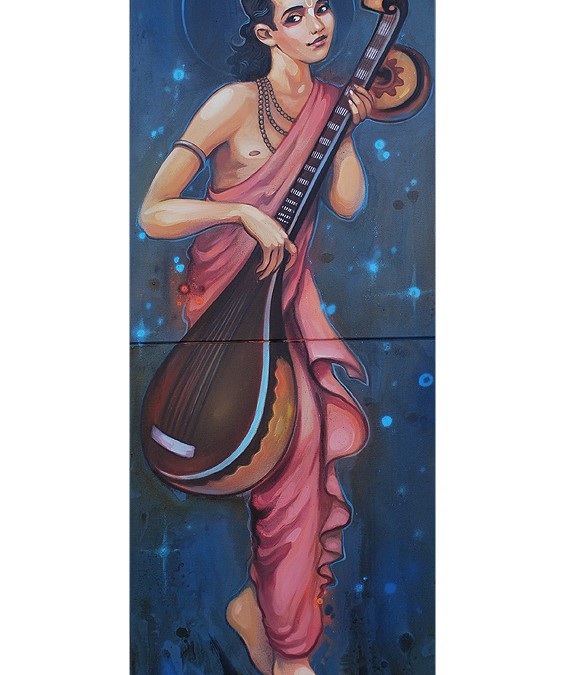 Once upon a time saturn and Godess laxmi(goddess of wealth) were travelling.

Incidently they met each other on the way.

After some initial conversation and exchange of whereabouts, they bagan to contradict each other by words.

Saturn said:- I am much better than you, as I am responsible for maintaining justice

Lakshmi said:- thats not true, I am better than you, I give happiness, wealth and prosperity to the world.

Satrun then replied:- By nature itself ,you are very volatile….you never stay in a place for long and therefore always in a state of migration

also you dont discriminate between bad and good souls….you can even stay with bad souls

On this lakshmi countered:- Stop commenting on my nature, first see yourself.

Whole world is afraid of your melific drishti(aspect), no one wants to invite you.

everyone prays of your departure….you can only create sense of terror.

Since the arguments were never ending.

So they went to lord brahma:- and asked.

O lord who is better between us ?

I would not be able to escape from the melific drishti of Saturn.

And If I favoured saturn.

Laxmi will get angry on me.

so he diplomatically said.

Kindly ,Go to him.

This game of, pass the ball in others court continue from “Lord vishnu” to “Lord shiva” (the destroyer of the world)

Then ultimately Both of them went to “narad Muni” and repeated the question.

Who is better between us…?

I have the answer of this question.

but for that you both have to simultaneously walk till that point and then have to come back here.

Both saturn and godess lakshmi followed the orders of “Narad muni”

and done the exercise as it is.

When both of them were doing this.

saturn then shouted….Nard Muni …. just tell me , Who is better between us.

Narad muni replied … for that you have to again repeat the same exercise.

Go and come back from that point..

On this Saturn angrily said.

What do you think of us…….. are we small kids ,….who will keep on doing this kiddish exercise.

Narad said … sorry but to get the answer ,you have to do this

You both are equally good.

Saturn looks good when he walks away

On listening this answer both saturn and godess laxmi were convinced.