Narada Muni story: Narada advice to Ravana to turn planets at back! 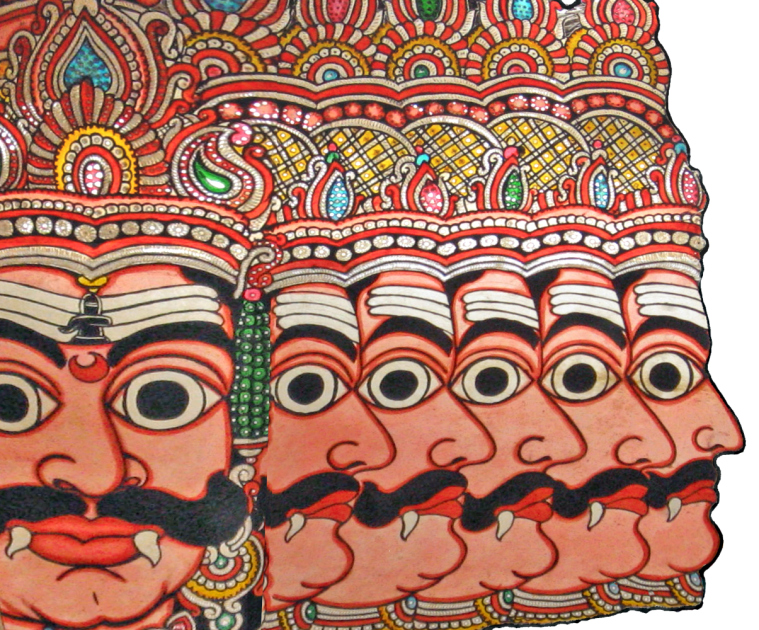 There is a popular belief that worshiping Hindu God Hanuman will help in removing the hardships caused by Shani Bhagavan or Saturn. People worship Hanuman on Saturdays to remove the malefic influence of Sani in their horoscope. As per Hindu Astrology, bad positioning of Shani results in a difficult period in life. There is an interesting story regarding why worshipping Hanuman will help in overcoming Shani Dosha or Sade Sati.

The Demigods (Devas) were worried that if Ravana’s son was born in a favorable astrological position, he will be invincible. So the Devas asked all the grahas (planets) to move from the favorable position. But they told they were unable to escape from the foot of Ravana.

Shani agreed to help provided he was able to glance upon Ravana’s face.

There is a popular belief that Shani Drishti, or Shani’s glance, is as deadly as his position. Shani is believed to cast an evil eye and this causes deep trouble.

The Devas took the help of Saint Narada to achieve Shani Drishti.

Saint Narada reached the palace of Ravana and saw Shani and other planets under the feet of Ravana. Saint Narada praised Ravana’s victory over the grahas and said that he should stamp on their chest and this is true symbol of victory and not on their back as he is doing now.

Ravana agreed to Narada’s observation and immediately got the planets turned up. As Shani turned up, his glance fell on Ravana’s face and this kick-started his hardships.

To take revenge on Shani, Ravana kept him in a tiny prison that had no opening so that no one will again see Shani’s face.

After several years, when Hanuman arrived in Lanka – Ravan’s kingdom – as a messenger from Sri Ram to Mata Sita, He heard the cry of Shani from a dark prison with no holes. Hanuman broke open the prison and rescued Shani.

Shani said that he is very thankful for helping him but as he has looked at the face of Hanuman there will be hardships of Sade Sati or Shani Dosha for Hanuman. It is the divine scheme of things and no one can escape from it.

Hanuman wanted to know what sufferings he will have to face. Shani explained that first I will come upon on your head and this will make you leave your home, wife and sons and go about suffering.

Hanuman said that Shani can definitely come upon his head as he has no family and his abode is at the feet of Ram.

Shani took refuge on Hanuman’s head. Hanuman then began to fight the demons that chased him in Lanka. In the process Hanuman began to head heavy boulders, trees and rocks. He crushed huge rocks with his head and Shani was getting hurt and suffering in the process.

Finally, Shani got away from Hanuman’s head and said that you are the only one who will have no effect of inauspiciousness. I cannot trouble you. Since you have saved me from Ravana’s prison I would like to give you a boon.

As boon, Hanuman asked Shani not to trouble or cast evil eye on his devotees.

Shani promised not to trouble or cause hardships to Hanuman devotees.

From that day people started worshiping Hanuman to escape from Shani.