Narada Muni story: How Many Times One Should Pray God 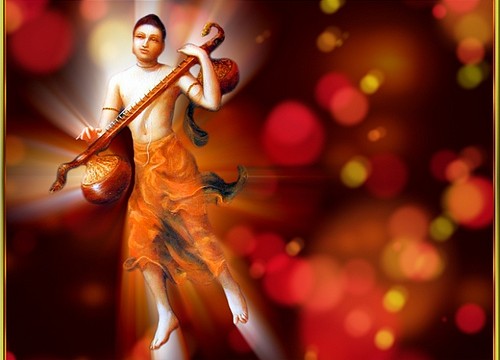 Once Narada asked Lord Vishnu, “Who is your favorite devotee?”

Narada was expecting his name but Lord Vishnu referred a farmer on earth as his favorite devotee. Narada got upset. He went down on earth and followed the farmer to know what he was doing that made Lord Vishnu happy. Narada observed that farmer remembered the God just twice a day once in morning while waking up and once at night before sleep. Rest of the time he was busy in his daily routine.

Narada came back to Vishnu and complained, “That farmer prays just twice a day but I chant your name through out the day and night then why that farmer is better than me?”

Vishnu replied, “OK Narada! Before I answer you, Please do a task for me. Take this pot full of oil. Walk around the world without spilling a single drop.”

Narada concentrating very hard walked around the world without dropping the oil. He came back to Vishnu and proudly told him that the job was done.

Vishnu asked him, “How many times did you chant my name during the task?”

Narada said, “Not even once because my whole concentration was in completing the task successfully so I didn’t remember chanting your name.”

Vishnu said, “The farmer is also doing my work. The greatness of the farmer is that he sincerely and selflessly remembers me while performing his own duties. It doesn’t matter how much time he prays for me.”

The point of the story is that we should not be blinded by religion. Don’t give up your life to seek God. God meant for you to maintain your life. We can get lost in words and not realize that we are missing God completely.