Narada Muni: Narada as ‘Kalaha-Priya’ or Lover of Quarrels 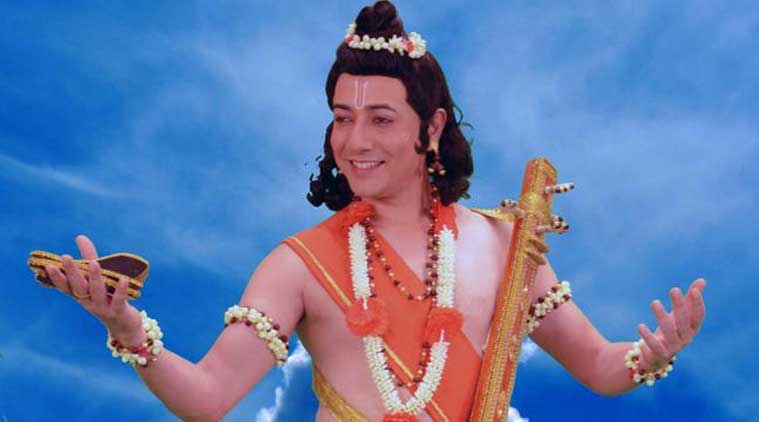 Narada is so famous as a mischief-maker and a quarrel-monger, that in India, a mischievous person who always delights in backbiting and indulges in spreading rumors, is symbolically chided as ‘Narada’.

Narada had the habit of disclosing to both gods and demons, the secrets about each other. Gods and demons, eventually, detested each other. Narada’s deeds often created trouble and friction among gods, demons and men, and such friction often led to a war in the end. Hence Narada, being a notorious mischief-maker, acquired the name, Kalaha-Priya or the lover of quarrels.

How can we call such a person a saint? Was it right that he set people against one another by spreading gossip? But we must remember that Narada’s intention was to espouse a good cause. It was his constant desire that bad people should be punished for their deeds, that the haughty ones should learn their lesson soon, and that the good should live happily ever after.

In Vaikuntha (Lord Vishnu’s Abode), he would regale the Lord with his merry tales. “I described Ahilya’s beauty to Indra until he began lusting for that married woman…Daksha hates Shiva after I reported how Shiva ridicules him…I made Shreedevi jealous of Bhoodevi…I put the fear of death in Kansa’s mind…I praised the pompous Ravana into believing that he was greater than all Gods…”

“Why do you do this, Narada?” asked Vishnu.

“Cause so much trouble”

“I don’t do anything. I merely test their faith in you. If they were your true devotees, would any of them be lustful, wrathful, greedy, envious, frightened or proud?”