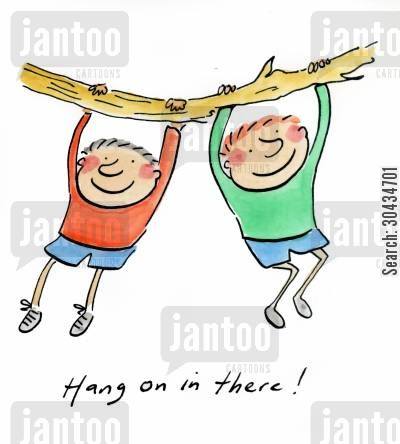 From the story below we can understand the power of words. Not only specific words affect our mental pictures, but words are a powerful programming factor in lifelong success.

Once there was a boy who was eight years old. As a kid, he was always climbing trees, poles, and literally hanging around upside down from the rafters of his lake house. So, once it came to no surprise for his dad to find him at the top of a 30-foot tree swinging back and forth. His little eight-year-old brain didn’t realize the tree could break or he could get hurt. He just thought it was fun to be up so high.

His older cousin, Tammy, was also on the same tree. She was hanging on the first big limb, about ten feet below him. Tammy’s mother also noticed them at the exact time his dad did. About that time a huge gust of wind came over the tree. The boy could hear the leaves start to rattle and the tree begin to sway. The Boy could hear the voice of his father over the wind yell, “Bart, Hold on tightly.” So He did.

The next thing he heard Tammy screaming at the top of her lungs, laying flat on the ground. She had fallen out of the tree.

The boy scampered down the tree to safety. Boy’s father later told him why she fell and he did not. Apparently, when Tammy’s mother felt the gust of wind, she yelled out, “Tammy, don’t fall!” And Tammy did fall.

Boy’s father then explained to him that the mind has a very difficult time processing a negative image. In fact, people who rely on internal pictures cannot see a negative at all. In order for Tammy to process the command of not falling, her nine-year-old brain had to first imagine falling, then try to tell the brain not to do what it just imagined. Whereas, the boys eight-year-old brain instantly had an internal image of him hanging on tightly.

This concept is especially useful when you are attempting to break a habit or set a goal. You can’t visualize not doing something.

Another example, of a boy who was thirteen years old and played for his junior high school football team. He tried so hard to be good, but he just couldn’t get it together at that age. He remembered hearing the words run through his head as he was running out for a pass, “Don’t drop it!” Naturally, he dropped the ball.

* Toxic phrase: “You shouldn’t watch so much television.”

* Better language: “I read too much television makes people stupid. You might find yourself turning that TV off and picking up one of those books more often!”

By the above examples we need to understand 2 things:

1. Power or Words i.e.: Chanting. – We need positive engagements to get rid of negative habits in our lives. We need to hold on to Chanting of Hare Krishna Mahamantra so that the wind of Maya may not drop us down from the tree of Material World.

2. Develop Positive Habits – To not try to give up bad things but to accept good things and the bad will automatically go away. Even if we have unlimited bad habits and impressions but if we try to give them up, we will never be able to give them up as we will always be contemplating on the habits and they will keep us bound to them, So we have to be positive and accept the cleansing process of Chanting of Mahamantra given by Chaitanya Mahaprabhu and be in association of devotees and this will automatically remove the unwanted attachments from our hearts.

By regular attendance in classes on the Bhagavatam and by rendering of service to the pure devotee, all that is troublesome to the heart is almost completely destroyed, and loving service unto the Personality of Godhead, who is praised with transcendental songs, is established as an irrevocable fact.