by Madhu | velj. 23, 2015 | Stories about moral and spiritual instructions, Stories from Mahabharata | 0 comments 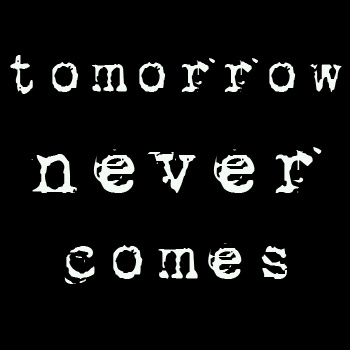 “Once, after King Yudhishtra got back the Kingdom, after the great war, a man came to him, asking him for charity(alms).

Yudhishtra Mahraj said that he was having some work to do and he told the man to come the next day and then, he would give what the man wanted.

Bhima saw this incident and he cried loudly:

“Attention to all the residents of the city!
King Yudhishtra is sure that he is going to live up to tomorrow!
He is quite sure about this!”.

Yudhishtra Maharaj realized his folly, and he immediately called the man and gave him charity.”

There is another story with the same point:

Once, there lived two neighboring peasants – Gopal and Govinda.

Govinda was a very lazy person. Once,there was no monsoon for two consecutive years.

Gopal thought that he must construct a canal from the nearby river, so that his plants could get water.

So, one morning he started constructing the canal.

At mid day, he was still busy with his spade. The sun was scorching and he was sweating profusely, but Gopal didn’t mind.

Even after repetitive calls from his wife for having lunch, he continued with his work and returned back home at 11pm after completing the canal construction work.

The river now got connected to his field. Water started gurgling into the land and Gopal’s heart gurgled with joy.

Govinda saw that the field of Gopal had enough water, but his field didn’t have water.

So, one morning, he also started digging a canal to his field but failed to complete it.

The canal work was getting postponed and in the critical days, the crops dried up completely due to lack of sufficient water.

In the next few days Gopal’s field was laughing green. On the other hand, Govinda’s land was in a pitiable state.

We see in the story, how much Govinda suffered due to his procrastinating quality and how happy Gopal was, because he was strong in his determination. This reminds us of the following verse from Bhagavad Gita(18.28):

“The worker who is always engaged in work against the injunctions of the scripture, who is materialistic, obstinate, cheating and expert in insulting others, and who is lazy, always morose and procrastinating is said to be a worker in the mode of ignorance.”

Govinda was always procrastinating and so, he suffered a loss. We should also never postpone our activities, as we dont know about our next moment .

So we should not postpone our activities, especially our sadhana (Devotional Service).

We should never postpone our devotional service, because, if we do so, then we will not be able to get enough water, to water our plant of Love of Godhead.

The process of hearing and chanting is the way to water our plant and let us not postpone it.

We should also be fixed in our determination to do Sadhana. We should not be wavering in devotional service and become a victim to the call of Maya.

We should never let our laziness, procrastination and wavering tendency to make us fail to utilize the “golden chance” to go back home, back to Godhead, thereby making us glide down to the lower species of life.