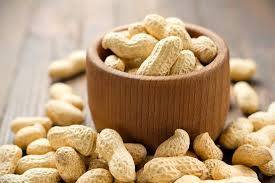 Here is an incident from the Mahabharata, illustrating the above

It was definite that the Mahabharata war would take place once all the peace trials failed.

The kings from various lands had joined the Pandavas side or Duryodhanas side according to their inclination.

The Pandavas went and asked the king of Udupi, which side he would join.

The Udupi king said that he would not join any side, but he would undertake the job of feeding the soldiers on both the sides.

The Mahabharata war was waged mostly according to the dharma of wars.

So after the days battle was over, the soldiers of both sides would sit together and take their food.

During the meal, Sri Krishna would sit by the side of Yudhishtra Maharaj. The Udupi king would personally serve both of them.

The Udupi king would prepare, just the right amount of food required by the survivors everyday. He seemed to know, how many soldiers would die each day.

One day, the Pandavas went into the kitchen and asked the cooks how much food was in excess or shortage.

So, the Pandavas went to the king of Udupi and asked him, “How do you know exactly how many soldiers will die each day?”

The Udupi king replied, “It is I who serve pudding to Sri Krishna. I attentively observe how many peanuts he eats out of the pudding. From that I calculate how many soldiers are going to die the next day. Each peanut stands for so many thousand soldiers fated to die. Sri Krishna will inform me by eating that many number of peanuts. In this way I know how much food I must prepare, considering the number of soldiers who would die the next day.”

The Pandavas then went and prayed to Krishna, “Your will decides how many are supposed to die each day in the battle. Our fighting is only a show.”

This incident tells us that everything happens by the arrangement of Krishna.

Without His will, not even a blade of grass can move. In order to make us understand, He gives us so many lessons. He is the controller of everything.

We are like puppets in the hands of the Lord. He is the puppet master and He controls us.

All plans are made by the Supreme Personality of Godhead, Sri Krishna, He is so kind and merciful to His devotees, that He wants to give the credit to His devotees.

When Krishna is showing Arjuna the Universal form, Krishna says that He is going to destroy everybody (except Pandavas),and He explains,
how everything happens due to His arrangement.

“Therefore get up. Prepare to fight and win glory. Conquer your enemies and enjoy a flourishing kingdom. They are already put to death by My arrangement, and you, O Savyasaachii, can be but an instrument in the fight.”