Krishna story: This diamond is priceless!!! 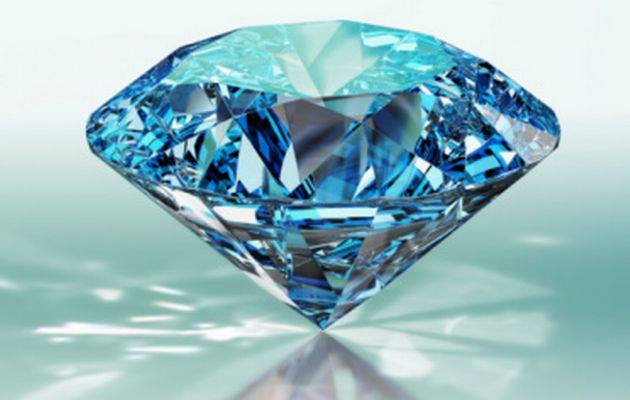 Once a fisherman after returning from fishing started to cut one of the fishes he caught. Inside the fish he found a very precious diamond.

He did not know its value.

So he took it to a merchant asked him to buy it.

The merchant understood that the fisherman is completely ignorant about the value of the diamond and told him that it is worth 10000 gold coins.

The fisherman was very happy to hear this and sold it to the merchant for 10000 gold coins.

He lived a very rich life with that money.

The merchant after buying this diamond decided to make a huge sum amount of it and took it to the King.

The King examined with the help of expert metallurgists and they told that the diamond is worth a million gold coins.

The King immediately gave the money to the merchant and purchased it.

One day a great sage came to the King and he saw the diamond.

He was astonished to see it and he told that King that the merchant has cheated himself by selling it for 1 million gold coins. The King asked, “Why?”.

The sage said, “The diamond is priceless. I have only heard about it from scriptures and I have never seen it so far. No matter how much amount you pay, you cannot get this diamond because it is not available anywhere”.

The King became very happy to hear this and decided not to sell it to anyone.

And whenever some respectable and wise persons visited his court, he made them wear it and this was considered as a great honor in his Kingdom.

In this story, the fisherman represents the first two classes of devotees who are satisfied with wealth and happiness in exchange of devotional service.

The merchant who valued the diamond much more is the inquisitive person who wants to exchange devotional service for liberation from material existence.

And the King represents the pure devotee who is guided by an acharya(the sage) who knows the full value of devotional service.

He does not exchanges it for anything but rather shares it with many persons and honors them.

And Lord Krishna puts the above points succintly in the following sloka from Srimad Bhagavatam (11.20.34).

“Because My devotees possess saintly behavior and deep intelligence, they completely dedicate themselves to Me and do not desire anything besides Me. Indeed, even if I offer them liberation from birth and death, they do not accept it.”

As apiring devotees, we may be in any of the above categories.

By continuing to serve the Lord under the guidance of the acharya, without any frustration or hopelessness, we can also become like the King by the Lord’s mercy and understand the full glories of devotional service.

Krishna states in 7th chapter of the Gita that four kinds of pious persons render devotional service unto Him.

Krishna states that all these people are magnanimous.

However He states that a jnani who is in firm knowledge of the Absolute Truth is the best and he is very dear to Him.

These four classes of devotees externally may be performing the same amount of service and same kind of devotional activities in a similar way.

But what differentiates them is the motive behind their service.

The motive determines their understanding of the value of devotional service.

The value given by the first two classes of devotees is very low because they equate bhakti to material things such as material happiness (or removal of distress) and wealth.

And much better than these devotees is the inquisitive person who serves the Lord in order to attain spiritual knowledge and realize the self, thereby ending all miseries.

He equates devotional service to a spiritual attainment which is liberation.

Still he does not realize the full value of devotional service.

However the last class is the jnani who is fully aware of the nature of bhakti He understands that bhakti cannot be equated to any material or spiritual attainments and thus He wants to serve the Lord without expecting any result, because that service itself is the ultimate attainment. There is a nice story which illustrates this point.