Krishna story: The businessman forcibly sent on a pilgrimage! 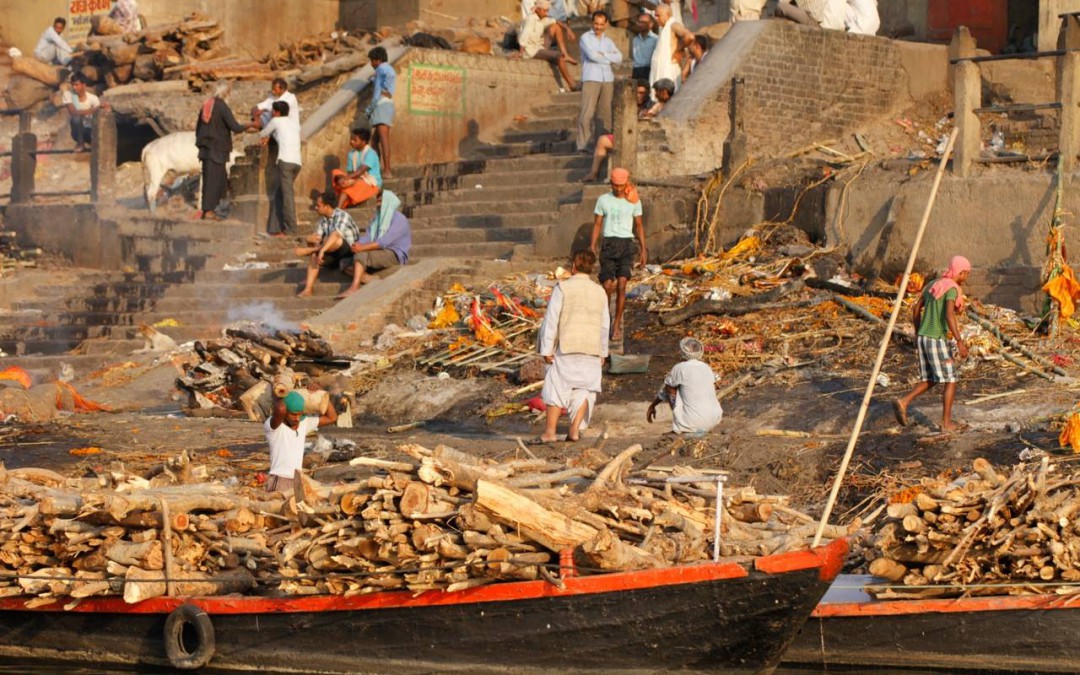 Once there was a businessman whose only motive was to earn money.

His son was very much concerned that his father is so money-minded.

One day a person came to his shop and requested for charity to go for pilgrimage.

The boy explained to the pilgrim about the attitude of his father and then asked his father to accompany the pilgrim to holy places so that there would be a change in him.

Thus the businessman was forcibly sent on a pilgrimage.

The pilgrim took him to a few holy places but there was no change in the businessman’s attitude.

The pilgrim noticed a change in the businessman’s face.

Curiously the pilgrim asked him as to what he was thinking.

The businessman replied that he was thinking that he had not earned enough money by doing his cloth business.

He then said, “Seeing so many bodies burning I think that if I would have done firewood business, I would have earned much more money.”

Then the pilgrim understood that this man was fully engrossed in material life.

The above is the position of all materialistic people. Their living style is similar to that of animals as both include eating, sleeping, mating and defending.

Their intelligence has gone down to such an extent that they are ignorant about their basic dharma and the constitutional position of the soul.

The position of such people is nicely explained by Prahlada Maharaj in Srimad Bhagavatam 7.5.30 as

“Because of their uncontrolled senses, persons too addicted to materialistic life make progress toward hellish conditions and repeatedly chew that which has already been chewed. Their inclinations toward Krsna are never aroused, either by the instructions of others, by their own efforts, or by a combination of both.”

Srila Prabhupada states in the purport:

“Therefore it is clearly stated here that those who are grha-vrata, whose only aim is to live comfortably with the body in the material world, cannot understand Krsna.”

The only way out for such persons is to take shelter of a mahatma or unalloyed devotee of the Lord. Prahlad maharaj says that unless they smear upon their bodies the dust of the lotus feet of a Vaishnava completely freed from material contamination, such people cannot be attached to the lotus feet of the Lord.

But such materialistic people are so foolish and ignorant, they have no appreciation for devotional service, what to speak of their smearing the dust of the devotee’s feet ? The only other option for them is to get kicked by either the Lord or His devotees and thereby forcibly ‘being smeared’ by the dust of Their lotus feet. But unfortunately karmis of today’s world are not as powerful as Hiranyakasipu also. Therefore they are not even qualified for that mercy, the only thing that is happening is everyday, every moment they are kicked by maya.