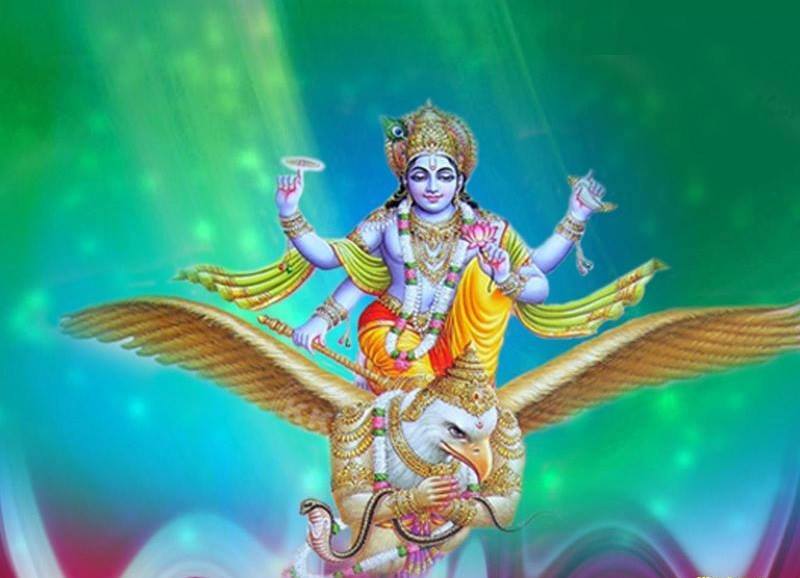 Once there was a sage named Galava and he had to go on a urgent and important mission.

He spoke to his friend Garuda, the Great Eagle, who offered to fly him to his destination.

After they had flown a long distance, Galava said to his friend that he now felt that there was no need to travel to that destination.

So he asked Garuda to return.

Garuda said, ‘There is a hill on the sea coast ahead; we will rest there, have some food, and return.’

Descending on the hill, they saw a woman, Shandili, who had on her face the glow of some ineffable energy because of her performing austerities.

They saluted her most respectfully; and she offered them food, wholesome and satisfying, and, there on the earth, they both fell into deep sleep.

When Garuda awoke, he saw that his wings were severed from his body, and without them he looked like a lump of flesh.

It seemed to be some kind of punishment.

The sage asked Garuda, ‘Did you think anything offensive about the woman?’

Garuda said, “I just wondered why should this ascetic woman live in this forsaken place in the midst of a hill performing austerities?

There are so many Holy places of pilgrimage and she should be staying there.”

Then he realized that wherever the saintly persons or Vaishnavas live, that is the place of pilgrimage and we should never think that it is a condemned place and for this offensive thinking, he lost his wings.

Later he sought forgiveness from Shandili and got back his wings.

“My Lord, devotees like your good self are verily holy places personified. Because you carry the Personality of Godhead within your heart, you turn all places into places of pilgrimage.”