Krishna story: Indra is guilty for my sin!!! 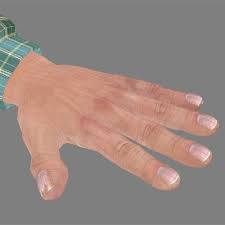 There was once an old brahmana named Vidyapati who lived in a village.

He owned a beautiful garden which he loved very much.

But he was very selfish. He did not want to share his beautiful garden with anyone. Even the birds!

Vidyapati used to shoo away even the birds sitting on the sunflowers of his garden.

One day, he saw that a stray cow was eating the mango saplings in the garden.

In a fit of rage,Vidyapati began to beat the cow with his stick.

Since the cow was already old, thin and hungry, it dropped down dead. Vidyapati was shocked.

The villagers began accusing Vidyapati and the village headman declared that Vidyapati will be punished for this great sin.

The next day, when the villagers gathered to decide on his punishment, Vidyapati said,”It was my hand that killed the cow.And Lord Indra deva is supposed to be the presiding demigod of the hand. If it is Indra who guides the hand, it is not I who killed the cow, but he! So, he is to be blamed!”

This news spread like wild fire, till it reached the ears of Indra himself.

Taking the form of a young brahmana, Indra walked casually into Vidyapati’s garden. Then he told Vidyapati that his garden was very beautiful. Vidyapati became highly flattered.

The young Brahmana looked at a mango tree and asked Vidyapati who had tended the tree.

He replied saying that he himself had tended the plant.

Then, the young brahmana looked at a fountain, and asked him, who had set it up. Vidyapati replied that he had set up the fountain with his own hands.

Just then, the young brahmana revealed his original form of Indra and stood before Vidyapati.

In the above story, we see how the old brahmana wanted to take all the praise on himself and, in the case of accusation, he didn’t want to accept it and he wanted to blame others. This is a perfect representation of our nature.

We see an example of proper conduct from Srimad Bhagavatam, how Prthu Maharaj immediately rejected the praise offered to Him,by the professional reciters, who glorified Him (SB 4.15.24):

“How could an intelligent man competent enough to possess such exalted qualities allow his followers to praise him if he did not actually have them?

Praising a man by saying that if he were educated he might have become a great scholar or great personality is nothing but a process of cheating.

A foolish person who agrees to accept such praise does not know that such words simply insult him.”

We also find another example in Srimad Bhagavatam, when the two gate keepers of Vaikunta, Jaya and Vijaya did not allow theSanat Kumaras to enter and were cursed by them, the Lord considered the disrespect shown by His doorkeepers to be an offenceby Himself and sought forgiveness from the Kumaras and went so far as to say (SB 3.16.6),

“chindyaam sva-baahum api vah pratikula-vrttim – I will not hesitate to lop off My own arm if its conduct is found hostile to you.”

Praise feels like a bit of sunshine on a cold winter day. It gives us a lovely, warm feeling. It makes us feel good,sometimes so good that we take it easy after that (resting on our laurels).

On the other hand, blame makes us feel sad and rejected.

Sometimes we are so hurt by it and we rise hotly to our defense.

Or, we lash out at the person who criticized us.

Praise or chastisements may be valuable pointers to aspects of our nature that we may not be aware of. Praise and chastisements often act as eye openers, provided we are truly honest to ourselves, willing to introspect.