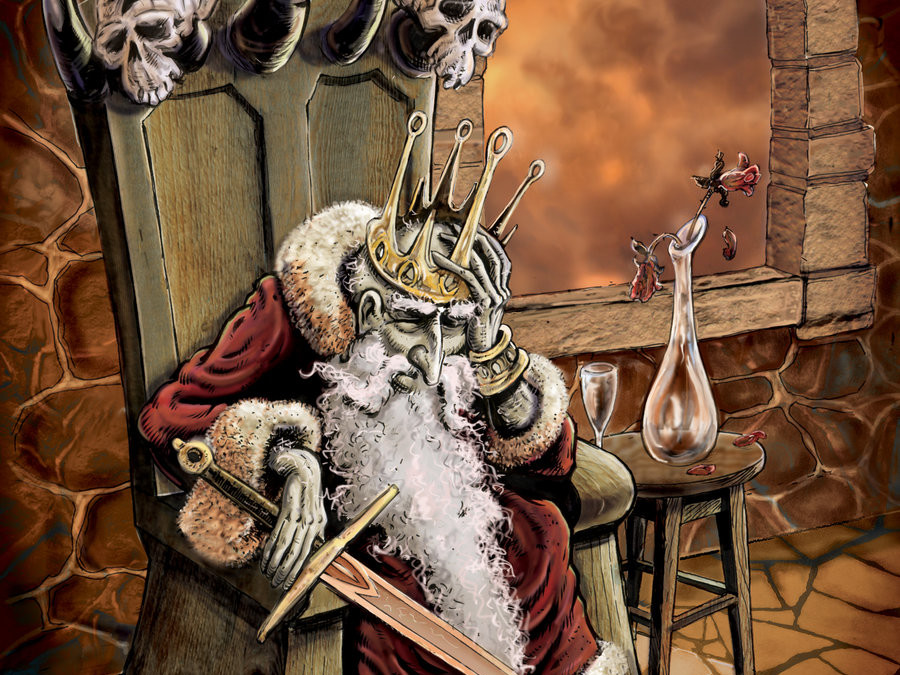 The practical application and usefullness of stories can best be illustrated by telling another story!

There was once a king, and thisking had a stupid son. And no matter which guru he sent his son to, the son couldn’t learn anything. He was so dull.

Then the king some­ times chastised the gurukula teachers. “Why are you not teaching my son?” “

But your son is stupid.”

And then the king said, “No no no, I am so intelligent, how can my son be stupid?”

So this king was so perturbed, he was saying, “You brahmanas have no understanding how to teach my son. He is a great king.” But they couldn’t do it.

They were just ordinary brahmanas.

So then one brahmana came. His name was Visnusarma. He was very famous for knowledge.

One day he just walked into the king’s court, and the king and the brahmanas were all wondering about the prince, what to do.

So Visnusarma said, “What is your problem?”

And the ministers said, “The problem is our prince. He’s so dull-headed.”

“I object!” said the king. “That is not true. He is a great king. My astrologers told me that he will be a big emperor, and I have great faith in him. Don’t say this, don’t dis­

So Visnusarma said, “Well if the astrology has told that, then it means he is a great king. And if the ministers say that he is dull-headed, then that is true, he is also dull-headed. Both

The king said, “This is a wonderful explanation, I have never heard it like this. Either one of us should be wrong.”

You give me six months time. If I do it, then you give me half of your country. If I don’t do it, you can chop off my head.”

SoVisnusarma brought the king’s son to his asrama, and didn’t teach him anything.

Two weeks later the king came, and he saw the son was just fooling around.

“What did you learn from Visnusarma?” asked the king anxiously. “Did you learn the Dhanur Veda?” (the military science).

What did he tell you?”asked the king. “Oh, he told me that the black bird took the necklace from the queen and flew away!”

The king said, “Oh my God! This is what he is teaching my son?”

So he went to Visnusarma and said, “You have 4 months left. All this blackbird and pearl necklace! You’regoing to get your head chopped.”

So Visnusarma said, “My dear king, I have four months left. You’re going to lose half of your kingdom.”

So the king couldn’t understand. “He’s just telling him some stupid stories.”

But on the fifth month, when the king came he saw that his son was sitting straight, and bowing down to his father.

The kingsaid, “Wow, this is something. He can walk straight. He’s never done that before.”

And then the king thought, “I should go immediately and just wait till six months.” So he waited.

Then one day 2 landowners had a big fight over fencing, because the fence was moving, so that every day one person was getting more land and the other less land.

They were brothers but one brother was so greedy that every morning he made sure it went one inch to the side.

And then the other man left it for two years and then he went to look at his land and he had no more land.

So they were fighting, and they went to the king.

Butthat day Visnusarma brought the son back, and he was only twelve years old. So he came and Visnusarma put him on the throne.

And these twomen came and said, “Who is this kid? We’d better go back.”

And then Visnusarma said, “Come here. Where are you going?”

They said, “We have a big problem. How is this child going to solve it? We came to see the king.”

So Visnusarma said, “Oh, no problem, he will go and the king will come.”

He called the son, and said something in his ear, and the prince disappeared.

And then soon an old, white-hairedman came, shaking, and holding a stick with a crown on his head.

Sothese two men said, “Who is this? We are looking for the king, and our king is not that old.”

Visnusarma said, “This is the king’s father.” “But he died long ago,” they said.

“No, that’s just a story. He’s actually there. You have a great opportunity. If you tell him your case, he will solve it.”

So these two men gave their case, and then the old man instructed them in detail.

In three minutes he solved the problem, and both parties were happy.

Embracing each other, they left and began telling everyone, “The king’s father is so good!

And anyone who they talked to said, “King’s father? He died long ago.”

Andthey said, “OK, but you also come with us.”

And the king himself also came, saying, “What is this? My father came? I did sraddha and everything, and he is wandering around as a ghost? What happened?

Ithought he already went to the heavenly planets.”

Then they all arrived. And when the king saw the old man, he was shocked because it looked just like his own father.

And then slowly the boy removed his hair and beard, and then he sat straight.

The king saw that this was his dull-headed son. And in three minutes he had solved the problem.

The king was so happy, and he asked Visnusarma, “How did you do this?

This is like a chemical change. Did you chant some mantra or use mystic yoga or something?”

“Oh, nothing,” Visnusarma said. “I simply told him some stupid stories. These stories teach a lot. Now he is more intelligent than you. You would have taken a week to solve this

problem, but your son has solved it in three minutes.”