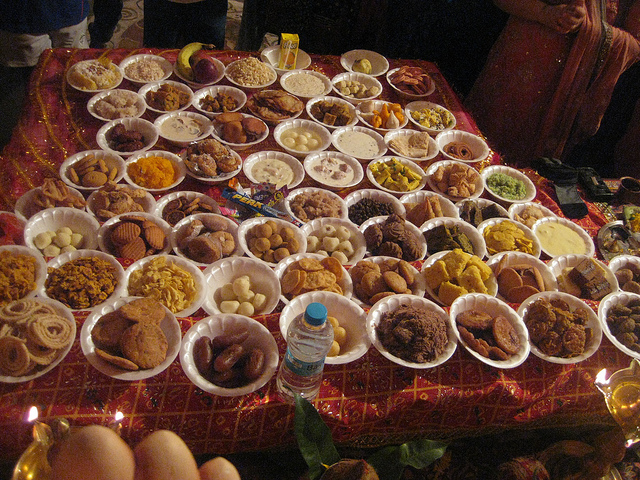 Long, long ago there was a panda in Puri named Arjun Mishra. Every day he used to read the whole Bhagavadgita. Because he spent a lot of his time studying the Gita, and due to his unflinching faith, the local people called him Gita Panda. He was a great devotee of Lord Jagannath, a very surrendered soul. He depended upon his Lord for everything. Whatever happened, he accepted as the desire of the Lord. Nothing could affect Gita Panda. He was a very poor person, and lived by begging. Once there was heavy rain for about a week in Puri, and there was no scope for Gita Panda to go out begging. Whatever little stock he had, he finished very quickly. He and his family were forced to fast, yet Gita Panda was not disturbed. He spent his days happily reciting the Gita. He was happy that he could not go out, and felt it was a good opportunity for him because he had more time to read the Gita.

His wife became very angry with him. She chastised him. “Unless you go out and beg, how do you think your family will survive? We have three children. They will all die if you do not go out and get something for them!” Gita Panda was undisturbed. He showed her a verse from Bhagavad-gita:

“But those who always worship Me with exclusive devotion, meditating on My transcendental form—to them I carry what they lack, and I preserve what they have.”

She became even angrier by her husbands behaviour. She waited for days, but still her husband brought nothing. He just kept telling her, “If we simply depend upon the Lord, He said He will take care of everything.” The wife wondered how long she could wait. The children were very hungry due to want of food. She was very angry. Taking her husbands Bhagavad-gita, she opened it at the verse he quoted and scratched three lines through the verse. Afterwards, frustrated and hungry, she and her children went to sleep. Some time later, Gita Panda also took rest. Soon after, Gita Pandas wife heard a knock at the door. She rose from her bed and opened the door. There stood two very beautiful boys, and they had brought with them so many ingredients for preparing food. The brahmani was very surprised to see these two very beautiful boys. One of them was dark and the other had skin, the colour of milk. The dark boy told the brahmani ,“Please take these foodstuffs which have been sent by a friend of Gita Panda. Please cook and then eat to your hearts content.” The brahmini was very pleased to see these very beautiful boys, and when she heard the boys voice, her heart filled with joy. She felt  very affectionate towards them. She requested them to kindly wait until she prepared the food and take prasada with them. But the boy replied, “Yes, we desire greatly to take prasada with you and your good husband, but my tongue has been cut, and I cannot eat anything.” After this, the boys took their leave.

Gita Pandas wife placed all the ingredients in the store room and went to call her husband to tell him of their good fortune. When Gita Panda came and saw that the entire storehouse was filled with varieties of ingredients, he asked his wife, “Did you feed these boys? I hope you were able to return their kindness and give them some prasada” His wife replied, “I asked them to wait and eat something, but the dark boy said that someone had cut his tongue in three places and he was unable to eat.” When Gita Panda heard this, he immediately understood that the boy was the Lord Himself. Because his wife had scratched the verse in the Gita three times, the words, which emanated from the lotus mouth of the Lord, reflected on His tongue. Gita Panda s wife realized that the Lord, to prove His promise that He maintains His devotees, had brought bhoga to His dear devotee. Immediately Gita Panda and his wife prepared to go to Jagannath temple to beg forgiveness and thank Him for His kindness. When they approached the altar, they saw that Jagannath had three spots on His lips.