by Madhu | velj. 10, 2015 | Stories about moral and spiritual instructions, Stories from Puranas | 0 comments 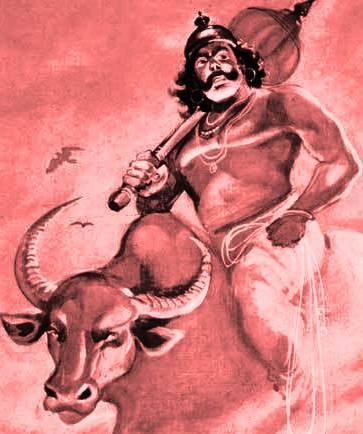 A man by the name of Amrita, living on earth, thought to himself that the one thing he feared most was death.

To avoid death, Amrita practised austerities and concentrated his mind upon Lord Yama, the Lord of Death.

Lord Yama was pleased and granted a vision to Amrita.

Lord Yama said: “My presence is only available to those who are about to die or already dead. Yet I granted you my vision while you are still living, pleased by your penances”.

Amrita said: “I ask this favour of you. If death is inevitable, I ask that if I am to die, then at least send me a letter before death so that I can make proper provision for my family before departure and also prepere myself for my next life with proper sadhana and worship of Krishna”

Lord Yama said, “Sure, I shall certainly do this. But as soon as you get the message, please set about making the preparations.”, and he disappeared.

Many years passed after this. Amritas hair began gradually to turn grey, but he was living a life full of sinful activities with not a thought about the fear of death.

He was pleased that so far no letters had arrived from the Lord of Death. Some Vaishnavas approached him and advised him to take to devotional service. He did not heed to their instructions as he thought so much time was left.

Some more years passed by. By this time Amrita had lost most of his teeth and the devotees came again to warn him about his imminent death. Still he did not bother because no letter has come from his friend Yama.

As the years rolled by, Amritas eyesight became dimmer. However he continued his sensual life thanking his friend Yamaraj for not sending any letter so far.

Some more years passed by. Amrita was now a very old man and with his back bent forward, he could not walk without the support of a walking stick. His skin was all wrinkled. One day he suffered a stroke and became paralysed. People said his condition was very critical.

But Amrita was still in a happy frame of mind, since he did not receive any letter from Yamaraj.

Then his destined end of life came and Lord Yama, the god of death, entered the room.

Amrita was startled and his mind was seized with fear.

Yamaraj said, “My friend, come now, you have suffered greatly.
Today I have come to take you with me.”

Amrita trembled in fear and said, ” My friend, you have betrayed me by breaking your boon. You have not sent me any letter as you promised. Now all of a sudden you are taking me from this world. You are a cheater”.

Lord Yama said, “Amrita! You spent all your life in sense indulgence with no interest in spiritual life. How then could you know the letters I sent you? Not one, but four letters I did send to you. But you ignored all of them.”

Amrita was greatly puzzled: “Four letters did you send? But not even one letter reached me. It is just possible that the postman/courier forgot to deliver it.”.

Lord Yama said, “My friend, do you think I will take a paper and pen and write a letter to you?

No, With your body as paper, with the pen of bodily changes I wrote my letters and time is the messenger who delivered those letters.

1) Years ago, your hair turned grey. That was my first letter. You ignored it.

2) Falling of your teeth was my second letter.

3) My third letter was sent to you when your eyesight failed.

4) The fourth message was when your body became paralysed.

You comfortably ignored all these letters. Now I have come not as your friend but as the dispenser of the Laws of God.”, and Yamaraj tied the rope around Amrita’s neck and pulled it hard.

So when the body is young and hale and when we don’t get any letter from Yamaraj, we should start our preparations for facing his lethal blow.

When we completely ignore his letters, then we come under his control.

However in general, fear of death is common to all. Some people may boast that they are not scared of death.

However when they get some fatal disease which paralyse them or in case of dangers, the fear of death will be clearly visible in their eyes.

There is no material solution to this attack of Yamaraj and his punishments after death.

Though death is formidable and unconquerable, Sripada Sankaracharya, one of the great acharyas of the Vedantic tradition, gives a very simple solution to avoid interview with Yamaraj.

In his famous work “Bhaja Govindam” appears the following sloka.

“If a person reads little of Bhagavad Gita, takes a little drop of Ganges water and performs worship to Murari (Sri Krishna) atleast once in his lifetime, then he does not have to face an interview with Yamaraj.”

In the Bhagavata Purana (6.3.29), Yamaraj himself identifies who are the candidates for his punishment.

“My dear servants, please bring to me only those sinful persons who do not use their tongues to chant the holy name and qualities of Krishna, whose hearts do not remember the lotus feet of Krishna even once, and whose heads do not bow down even once before Lord Krishna. Send me those who do not perform their duties toward Vishnu, which are the only duties in human life. Please bring me all such fools and rascals.”

Srila Prabhupada’s program of chanting and hearing and offering obeisances to the Supreme Lord will empower us to escape the punishment of Yamaraj who is otherwise unconquerable. 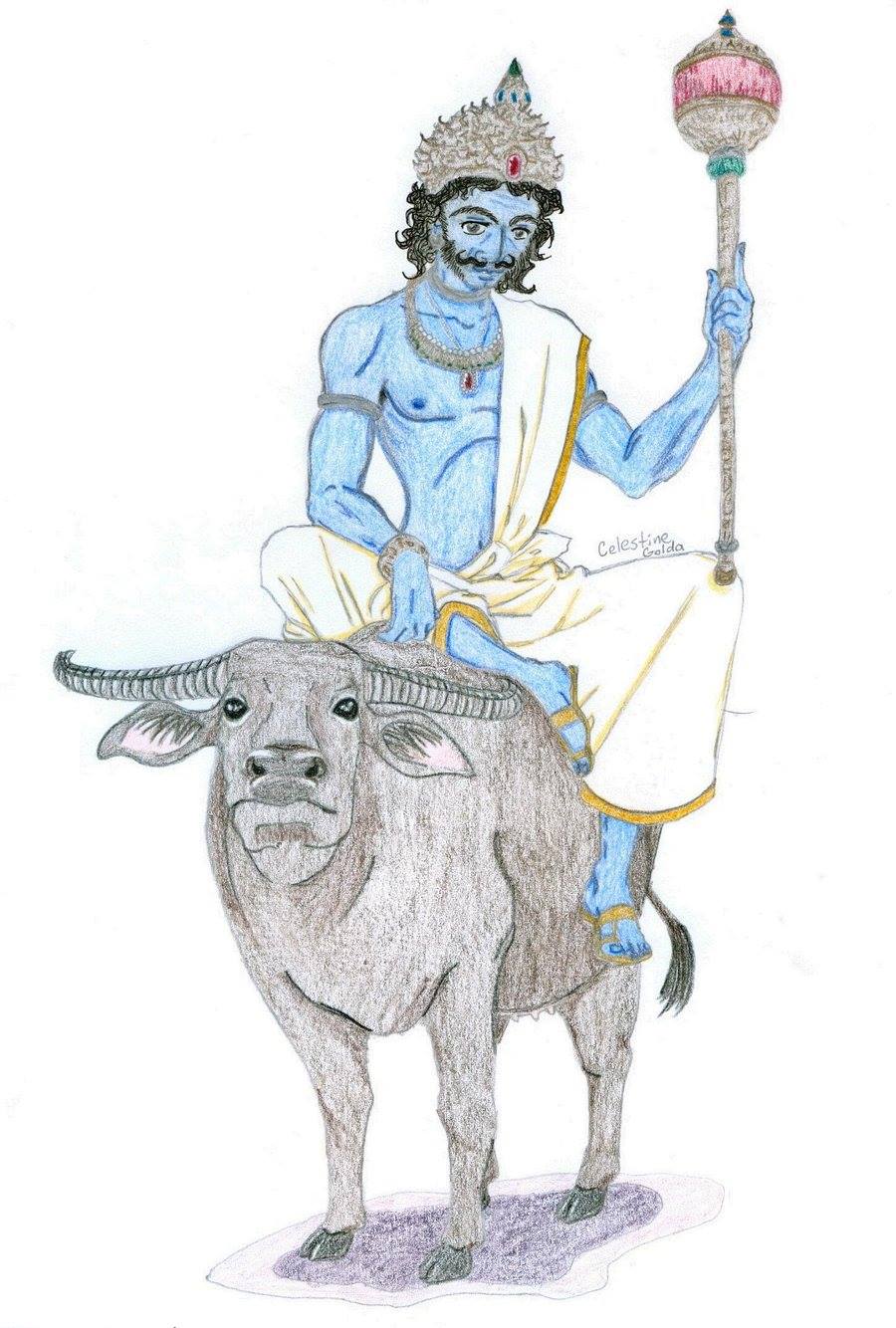