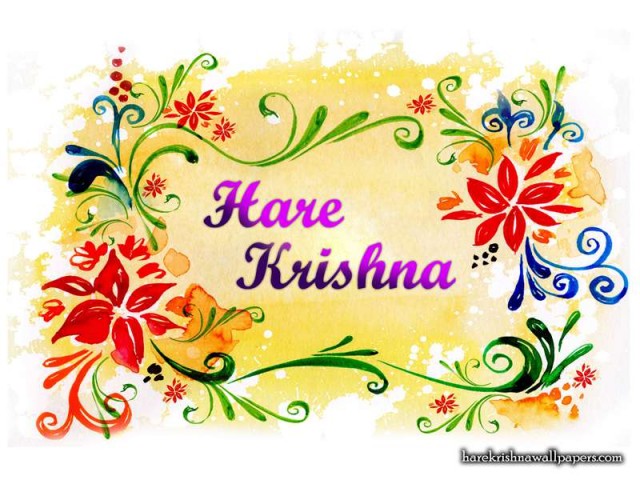 Once a disciple asked his guru for the topmost secret of bhajana.

After leaving his guru’s asrama, the disciple met some poor washer-men who were chanting Hare Krishna while scrubbing clothes beside the Yamuna.

He then heard some little girls chanting Hare Krishna while collecting cow dung.

When the disciple hired a ricksaw, the skinny old driver chanted Hare Krishna all the way back to the asrama.

Meeting his guru, the disciple expressed a doubt about the maha-mantra, “Gurudeva! What kind of secret have you given to me that is known to every dhobi, ricksaw walla and little girl in India? Is this  really the most confidential secret of bhajana?’

Instead of a long explanation, the guru handed the disciple a precious jewel and said, “Show this jewel to the dhobi, rickshaw walla and little girls, and see if they appreciate its value.”

The disciple then showed the priceless jewel to the illiterate washer-men, but they could not detect the value of the jewel. They said they would gladly accept it, and use it for beating their dirty cloth.

The disciple refused to give them the gem, saying, “You have to pay the proper price for it. A stone or piece of wood is sufficient for beating dirty cloth.”

Upon seeing the jewel, the rickshaw walla said, “Since it is a little rough, I think it is just suitable for scrapping off the dry skin from my feet.” “Are you crazy!” said the disciple as he walked on to show the village girls.

Failing to recognize the true worth of the jewel, the girls said, “We could use the jewel to pack our cow dung.”

The disciple again met with his guru and said, “Gurudeva! Nobody wanted to pay the proper price for the jewel. Nor could anyone appreciate the great value of the gem.”

“Yes, in the same way,” said the guru, “most people cannot appreciate the value of the holy name. For this reason, they are indifferent to the chanting of Hare Krishna. The Hare Krishna maha-mantra is an open secret that is revealed only to the qualified.”

(Excerpted from the Lecture series, Art of Chanting by HH Mahanidhi Swami)

Krishna’s holy name-full of mercy, full of compassion, full of love, full of rasa and full of prema-is the rarest treasure in the world. Without hearing from sastra and saints, however, one can never understand the power, value and benefit of Sri Krishna’s divine name, form, attributes, pastimes and holy abode (nama, rupa, guna, lila, dhama).

Throughout the Vedas the transcendental glories of the holy name are recounted.

The holy name of Krishna is a transcendental wish-fulfilling gem (cintamani); it is the embodiment of all consciousness and sentiments; it is complete; it is pure; it is ever free because the name of Krishna and Krishna Himself are one and the same. (Padma Purana) Srila Prabhupada gives a wonderful expanded translation of this verse:

“The holy name of Krishna is transcendentally blissful. It bestows all spiritual benedictions, for it is Krishna Himself, the reservoir of all pleasure. Krishna’s name is complete, and it is the form of all the transcendental mellows. It is not a material name under any condition, and it is no less powerful than Krishna Himself. Since Krishna’s name is not contaminated by the material qualities, there is no question of its being involved with maya.

Krishna’s name is always liberated and spiritual. It is never conditioned by the laws of material nature. This is because the name of Krishna and Krishna Himself are identical.” (cc.Madhya 17.133p.)