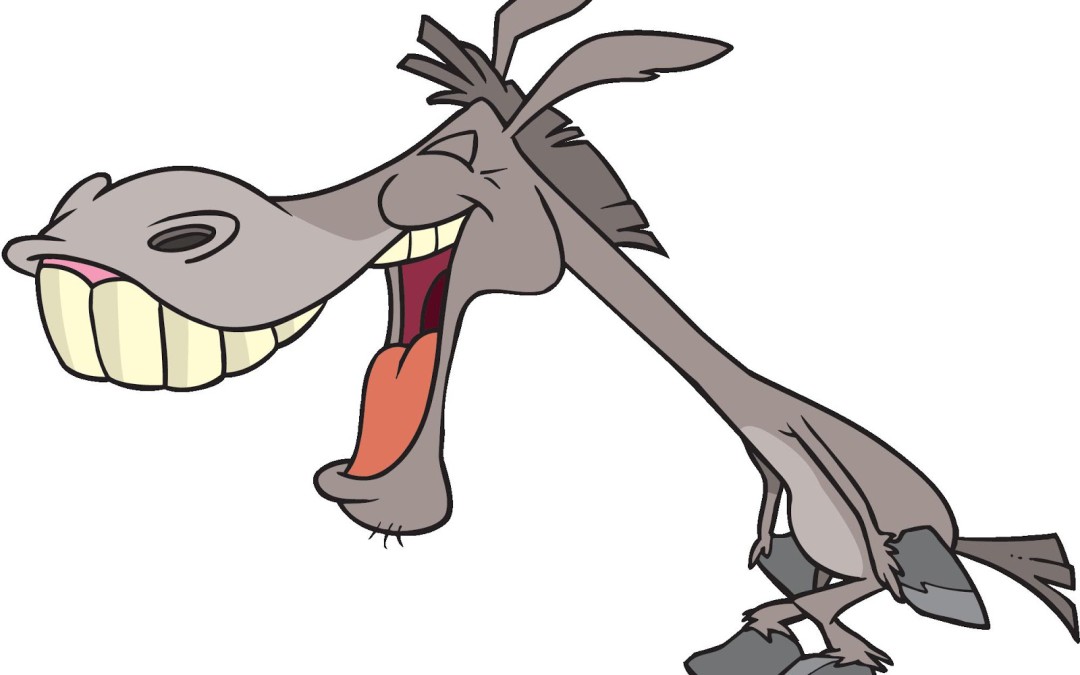 Many years ago in a flourishing town, there lived four brahmins who had become great friends.

They were all extremely naive by nature.

One day, desiring to gain knowledge, they decided to join an asrama of a learned guru.

For twelve years they studied under him, and finally they took their leave, intent on seeking their fortune.

After they had been travelling for some time, they reached a fork in the road.

“Which way shall we go?” they asked.

As they stood wandering, a funeral procession came by, heading for the cremation grounds.

At the head of the procession walked a number of brahmins and prominent citizens from the nearby town.

One of the brahmins consulted his scriptures. “It says here that whatever path is taken by great men [mahajanas] is the right path to follow”.

The brahmins then began to follow the procession. When they reached the cremation grounds they stopped and looked around.

Near them they saw a donkey, and one of the brahmins said, “The scriptures state that whoever stands by your side in sickness, calamity, famine, war, or at the cremation grounds is a true friend.”

All nodding in agreement, the brahmins then embraced the donkey as a friend. One of them even washed his hooves.

They then saw a camel coming quickly toward them. “Righteousness marches rapidly,” said one of the brahmins. “This I have read in scripture. Surely then this camel is righteousness incarnate”.

Another of the brahmins then opened his scripture and said, “Here it is written that a wise man should lead his friend to righteousness.”

With that, the four brahmins then dragged the donkey toward the camel and tied them together. When the donkey’s master saw this, he ran after the brahmins with a stick and they fled away.

Soon the four brahmins came to a river. A branch of a Tulasi tree was floating by and one of the brahmins said, “I have read that the Tulasi tree can take one across the ocean of material existence. Surely then it will carry us over this river”.

He jumped into the water and grabbed the branch but, being unable to swim, began to drown.

One of his friends exclaimed, “This is a calamity indeed. But the scripture says that when total destruction looms, a wise man will sacrifice half of what he has to save the rest, for complete loss is unbearable. Let’s cut him in half!”

He then took up a sharp sword and cut his drowning friend in two.

With that, he and the other brahmins were arrested and taken away by officers of the law.

( Instructive story from the Pancatantra )

This story describes the danger of following the scriptural injunctions literally and without proper guidance.

This is the reason the importance of studying scriptures under a bonafide spiritual master is strongly recommended.

For a person who follows (and serves) his spiritual master with implicit faith, all the knowledge and meanings of the complex scriptural instructions are imparted automatically.

Our Scriptures are highly common sensical.

In other words, they are meant for practical application. But many times we, due to lack of maturity tend to take the statements in the scriptures superficially and finally complain that the scriptural statements are just imaginary.

It is much better to possess common sense even without scriptural knowledge than rot learning all the scriptures and not using them practically according to time, place and circumstances.
In this regard Srila Prabhupada often quotes this powerful verse from the Vedic scripture (Svetashvatara Upanishad):

“Only unto those great souls who have implicit faith in both the Lord and the spiritual master are all the imports of Vedic knowledge automatically revealed.”

The way of relishing the scriptures through practicing the instructions according to time, place and circumstances in our complicated day to day activities.

If not for Srila Prabhupada who show as how to live scriptures, we would have been running into danger like the four brahmanas in the story above and would have been doomed in our spiritual as well as material life.