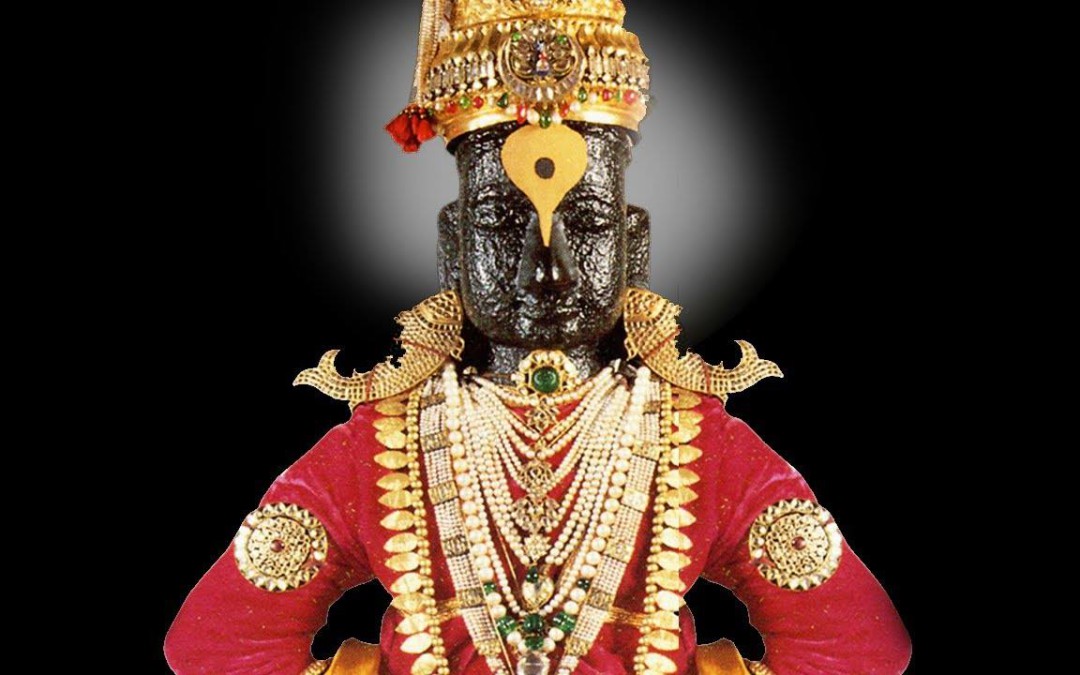 There was a great devotee of the Lord Panduranga, by the name Yoga Paramananda living on the banks of the Chandra Bhaga river in the pilgrimage place of Pandripur.

Every morning he used to come to river banks and recite the 700 verses of the Bhagavad Gita and at the end of each verse he used to say Om Pandurangaya namah and prostrate on sand.

He did this everyday, without fail. One day there was a heavy rain in the town. As it happened, a shawl merchant was passing by the town. As he did not want to make his precious goods wet and went house by house seeking shelter for the night.

But no on was willing to give him a place to stay. Finally he knocked at the doors of Yoga Paramanandas little dwelling.

Yoga Paramananda immediately let him. The hut was a sufficient cover for the rain and the entire hut was damp except a small corner where he slept.

Seeing the merchant having some goods he allowed him keep it in that corner and slept on the wet floor along with the merchant, not caring for his comfort.

This is the quality of a devotee. He cares for the well being of others but does not worry his own.

Early the next morning the merchant was about to leave the place.

He was very grateful to Yoga Paramananda and wanted to show his gratitude towards him.

He selected the most expensive and beautiful shawl and presented it to Yoga Paramananda.

He accepted it and the next morning as he went to the river to recite the Bhagavad Gita he wore it around his waist.

As he was prostrated every time, he was so conscious of the shawl and kept adjusting it so that it not get wet or soiled.

Because of this he did not not concentrate on the slokas and was so dejected on realizing this.

He felt very guilty and wanted to punish himself for this offence.

So he tied himself to a plough and began dragging it across the rice fields when a small boy stopped him and began to untie the rope that bound Yoga Paramananda to the plough.

Yoga Paramananda said, Dont do that, boy. Nobody has done this to me. I am punishing myself for a serious offense I have committed . And he told him the whole story.

The boy then revealed himself as Lord Panduranga Himself and told a bewildered Yoga Paramananda, I will, by no cost allow you do this. You are My devotee and so your body belongs to Me and I will not allow you to bring any harm to it. Yoga Paramananda fell at Lord Krishnas feet and begged for forgiveness.

In the Bhagavad Gita 9.32 it is stated, kaunteya pratijanihi na me bhakta pranasyati. O, son of Kunti, declare it boldly that My devotee never perishes. This is quite evident here in this story.

In the purport to the SB 1.8.36 from Teachings of Queen Kunti Srila Prabhupada says:

So there are laws of God and, and when there is dharmasya glaanih, deviation from these laws, we suffer.

Just as we might suffer by violating the laws of the state, as soon as we violate the laws of God we are subjected to so many tribulations.

Now, how are we to get free from these tribulations?

Krsna comes to free us from them by giving us bhakti-yoga. Krsna recommends, Do this, and if we do it we shall get relief.

Prahlada Maharaja mentions that this bhakti-yoga consists of nine items:

Hearing and chanting about the transcendental holy name, form, qualities, paraphernalia and pastimes of Lord Visnu, remembering them, serving the lotus feet of the Lord, offering the Lord respectful worship with sixteen types of paraphernalia, offering prayers to the Lord, becoming His servant, considering the Lord one’s best friend, and surrendering everything unto Him (in other words, serving Him with the body, mind and words)–these nine processes are accepted as pure devotional service. One who has dedicated his life to the service of Krsna through these nine methods should be understood to be the most learned person, for he has acquired complete knowledge. (Bhag 7.5.23-24)