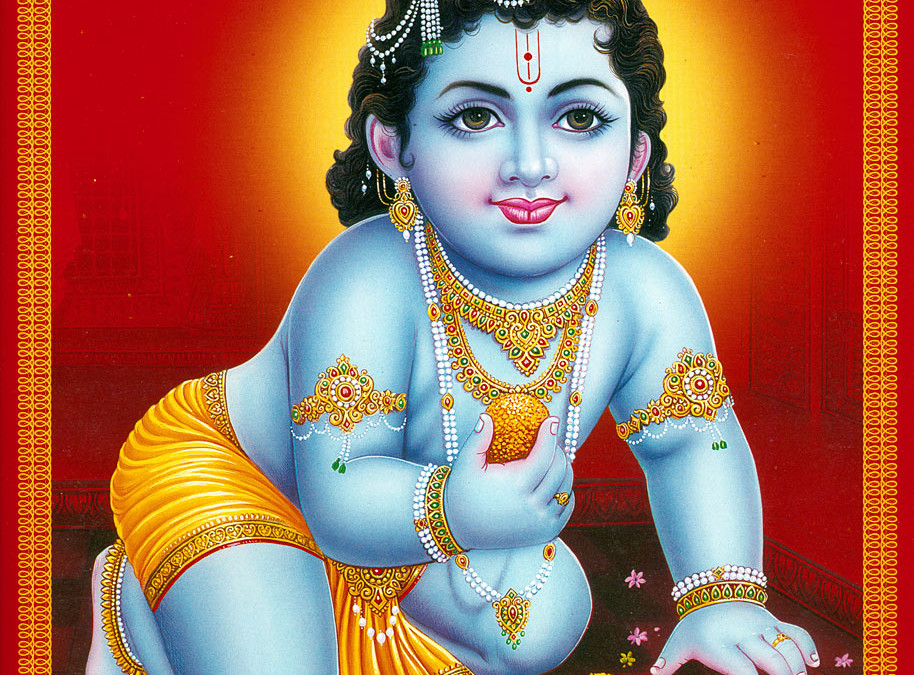 from a lecture by H.H. Jayapataka Swami

There is a Deity of Gopal Krishna, a small Gopal. “laddu Gopal” we call Him. This is in Sri Khanda. There Mukundananda and his wife, their son was Raghunanda.

The father had to go and see some disciple who was on the death bed. He quickly gave the initiation to his son. The ugranaya, first mantra of the gayatri. “You can worship the Deity. Your mother will tell you what to do. I have to go to see my disciple, to help him remember Krsna at the time of death.” The he went off.

The mother said, “You just go in, you ask the Deity to accept the laddus, then you come back with the plate.

So he went to the Deities, put the laddus there, and asked the Deity to accept: “Please accept these laddus.”

The Deity asked, “Why are you crying?”

“You are not taking the laddus.”

“Oh yes. My mother said you would eat.”

Then the Deity became a little boy and started eating the laddus. The boy came back with an empty plate to his mother.

The mother looked at the empty plate. “Where are the laddus?”

“Oh the Deity ate them,” said the boy. She was wondering what’s happening? This was going on every day, and the Deity was taking every day.

When Mukundananda came back, the mother told him this is happening. He said, “I’ll hide in the temple and watch what is happening.” Then he came behind the Deity, and was listening. He heard the boy say, “Please accept these laddus. Eat them.” Then he didn’t hear anything. He looked up, and he saw the Deity eating the laddus. The Deity had become like a little boy and was eating the laddus.

“Huh!” he gasped. You don’t expect to see the Deity eating laddus like that. He was shocked. When He heard the gasp, the Deity became stone again. In his hand He had a half-eaten laddu.

Since then they offer the Deity half laddu.

So the boy became very famous. The Deity was eating from his hand.