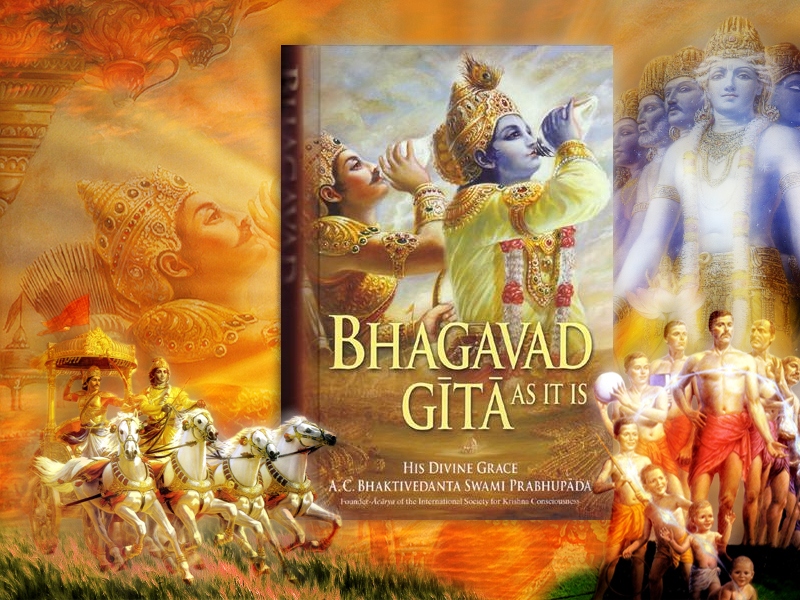 Once there lived a sage who traveled to many places and who was compassionately sharing the message of Gita with all the suffering masses.

The sage had few disciples who were travelling with him everywhere.

In one village, the disciples felt that none of the villagers were interested in the message given by the sage.

So they complained about the villagers to their guru.

They told their guru that they had purposefully kept currency note of 500Rs inside Bhagavd Gita and had kept few copies of the same on the book table.

Even after 1 week, the books remained as they had left it with the amount.

So the disciples had concluded that none of the villagers have inclination to spirituality and hence had not even touched the book.

Hearing this the sage chastised the disciples and said,

“O fools ! Bhagavad Gita is so glorious that it cleanses the heart of people who had just seen, touched or read it.

After reading it, people would definitely not be provoked to steal the money that was placed inside. For they would have very well realized that currency is as good as ordinary paper.

On the contrary fools like you all, who try to act smart and keep doubting others are the ones who need to control your tongues, save yourselves from unnecessary talks and immerse yourselves into the pages of Bhagavad Gita.”

There after the disciples repented for their behavior and followed the instructions of the sage seriously.

“If one reads Bhagavad-Gita very sincerely and with all seriousness, then by the grace of the Lord the reactions of his past misdeeds will not act upon him.”

“One may cleanse himself daily by taking a bath in water, but if one takes a bath even once in the sacred Ganges water of Bhagavad-Gita, for him the dirt of material life is altogether vanquished.”