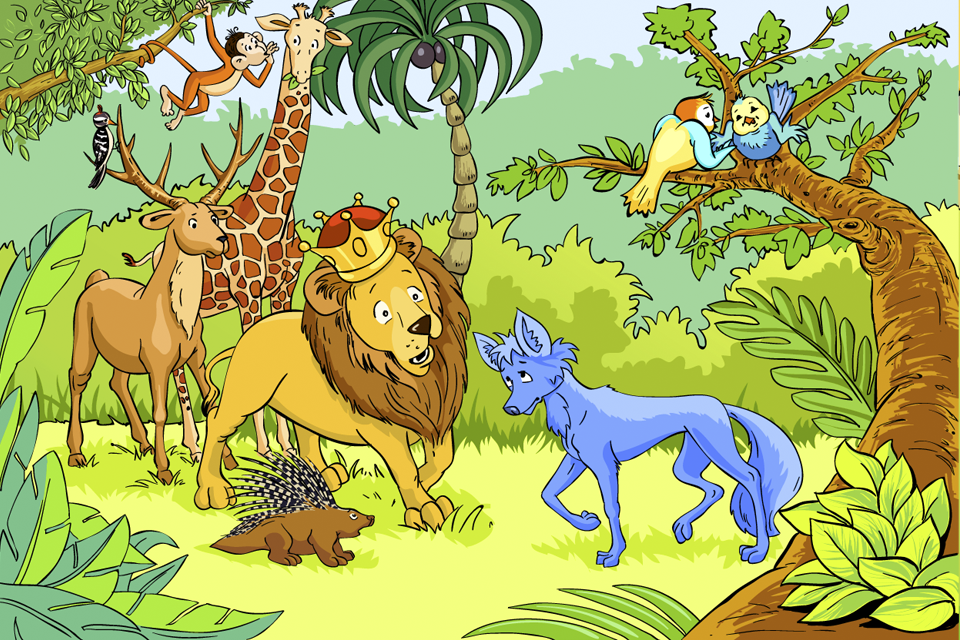 In Bengal there is a story called Jangal-ki raja, concerning a jackal who became king of the forest. Jackals are known for their cunning.

One day this jackal came into a village and fell into a tub of blue dye. He fled to the forest, but he had become blue.

So all the animals said, “What is this? Who is this animal?

Even the lion was surprised: “We have never seen you before sir. So who are you?”

The jackal replied, “I have been sent by God.”

So they began to worship him as God.

But then one night some other jackals began to cry, “Wa wa wa!”

And since jackals cannot restrain themselves from returning the call of their own kind, this blue jackal began to cry, “Wa wa wa!”

And thus he exposed himself before all the other animals as being nothing more than a jackal.

MORAL: There are many such jackals posing as leaders at the moment.

But when it comes down to it, they are only interested in their own sense gratification.