The king story: Katvanga Maharaja and his last 24 minutes! 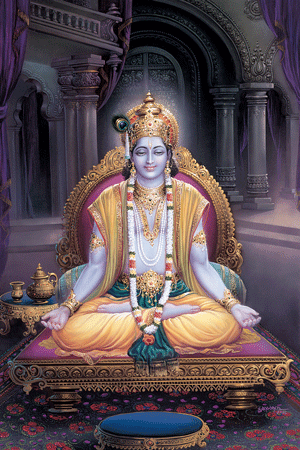 Once upon a time there was a war between the demigods and the demons.

The demigods came to earth, to India, where there was a powerful king named Khatvanga Maharaja. They requested him to help them- to become their general, their commander.

And he went to the battlefield. It was a very big war, and at last the king defeated the demons. Some of them were killed, and the rest fled away.

The King said, “Actually, I want salvation from this world, and I want to serve the Supreme Personality of Godhead.”

The demigods said, “We are not able to give you that. You can ask for another boon.”

The King then said, “Then you should tell me when my death will come.”

He therefore requested that, “At once you should take me to India, to earth.” And they did so
.
When the king arrived, half of the time was gone and only 12 minutes remained.

He went to spiritual world.
( This story is from Šrimad Bhagavatam 2 canto )

We are not so fortunete as Maharaja Khatvanga to know when we well die. So better every moment surender to Krishna. Even a moment can give us all perfection; but what are we doing?

We are not engaged in pure bhakti. We have so many requirements-worldly requirements. In order to maintain our life we are busy in so much not essensial things. We are very busy to solve our material problems.

As much as we try to solve these problems, however, the more problems are coming like waves of the ocean-one by one. We consider, “Oh, if I cross this one, everything will be alright.” But instead we see that, “Oh, now there are more problems!”

So don’t try to do all this. What should we do? We should chant and remember Krishna. Thus, automatically all the waves of problems will be solved, and life-maintaining will also be accomplished. Everything will be done.

If you want a little money, you can attain it by very little effort. However, if you want the highest thing, you’ll have to do so much effort. It will not be quickly achieved.

And what is that highest thing?