Puranic story: Lord Shiva give watermelon to a begger! 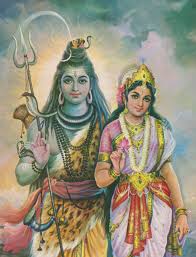 Lord Siva and his consort Parvati once are passing through a town disguised as ordinary willage people.

While they were walking around a beggar came and asked for a donation. Lord Siva said he didn’t have anything.

“This poor man is begging, so why don’t you give him something,” Parvati said to Lord Siva.

“Even if I give, he will not be able to enjoy. He is so unfortunate,” Lord Siva answered.

But Parvati again requested him to give the beggar something, so Lord Siva consented. “Take this,” Lord Siva said to the man, and he gave him a watermelon containing a great treasure of gold and jewels.

The beggar was not very satisfied however because he didn’t like watermelon.

The beggar thought, “What shall I do with this?”

But he took it anyway thinking he could get something for it in the village.

He found someone to give a few paise for it then he went on his way.

When the person that bought the watermelon cut it open he was surprised to find it filled with priceless jewels.

The beggar that received the melon didn’t know the great value of what he had been given so he practically just gave it away.

We are as unfortunate as this beggar. Krsna is giving us so many great treasures as his holy names,Srimad Bhagavatam, devotees association and so many other gifts in life but because of not knowing what is the priceless value of them we are not properly using them for our spiritul advancement.